PrEP for Women: Why Women Should Consider Using PrEP 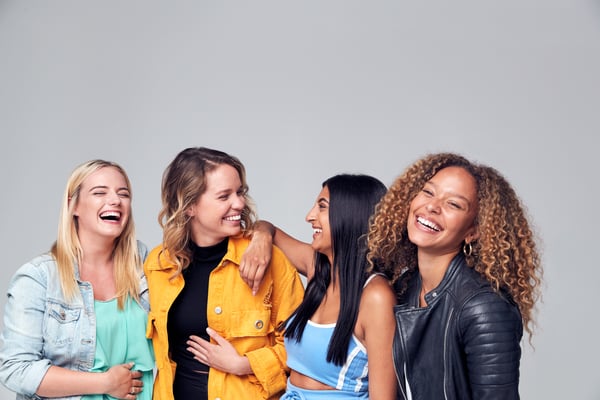 Protecting your health is important. Some folks use PrEP, the HIV prevention pill, to do so. A majority of people using this precaution are men—but what about women?

In this blog, we're going to discuss PrEP is for women.

PrEP is for anyone and everyone

Although PrEP is most commonly used by gay and bisexual men, PrEP is for everyone. As an HIV prevention medication, PrEP can be a good fit for anyone who is at risk for getting HIV. This includes women. However, PrEP is not a suitable medication for individuals who are HIV-positive.

Yes! PrEP is for women too! Far too few women know about PrEP, and far fewer are taking it. In 2016, despite reaching a record-low number of new HIV diagnoses in New York City, there was a 5 percent increase in new diagnoses among women compared to 2015, and Black and Latina women made up over 90 percent of all women who were newly diagnosed.

The lack of awareness and outreach for PrEP for women is a problem. Knowledge about PrEP among women is low, especially among Black and Latina women. In 2016, only 21 percent of sexually active Black and/or Latina women in New York City were aware of PrEP, compared to 85 percent of gay and bisexual men and other men who have sex with men.

The lack of access for PrEP for women is also an area of concern. A recent study of over 600 ambulatory care practices in NYC found that, while PrEP prescribing rates increased 976 percent from 2014 to 2016, a majority of those prescriptions were written for men. In mid-2016, women received only 5 percent of PrEP prescriptions. These data suggest disparities, given that over 20 percent of new HIV diagnoses in NYC were among women in 2016. As such, there is a demonstrated need for women's access to and knowledge of PrEP.

The stigma of talking about sexual health & risk

Talking about your sex life and sexual activity isn't always easy—but when it comes to protecting yourself, it should be a priority. Sometimes, talking about sex and your sexual health is met with stigma and shame. This can prevent individuals, especially women, from seeking out proper resources and talking to their medical provider about their sexual health. And when it comes to talking about PrEP and HIV prevention, this can especially ring true for women.

Conversation about sexual health risk and responsibility is gendered and filled with stereotypes about men and women. As such, the discussion about PrEP is often gendered and geared toward gay men and men who have sex with men. Although this has created a safe space for gay men and MSM to talk about their sexual experiences and health and increased prevention, it ultimately leaves women out of the picture.

If you're thinking about having a baby, consider PrEP

If you have multiple sexual partners, using PrEP might be a good option for you. In addition to using protection, PrEP can help you ensure that you're protected against HIV. Additionally, if you have a partner you know is HIV positive you should consider using PrEP.

If you are an intravenous drug user, PrEP could prevent you from getting HIV. In 2016, injection drug use contributed to around 21 percent of HIV cases in women. Needless to say, if you are female and use intravenous drugs, you are at risk for contracting HIV.

Our healthcare providers are specialists in HIV prevention, treatment, and care. If you come for testing and remain for care at our community health center, you will receive consistent treatment from a healthcare provider who can attend to all of your health needs including HIV. You can request an appointment here.  Be sure to select appointment type as  "Primary Medical Care".