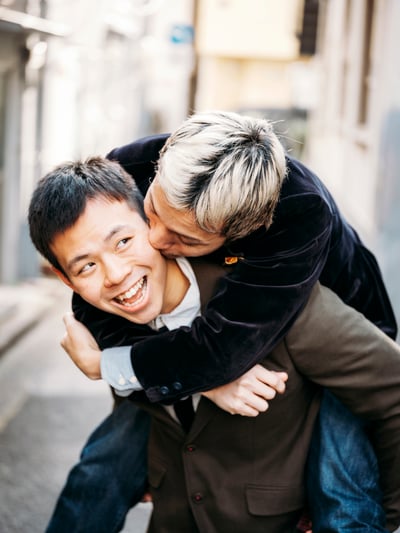 National API HIV/AIDS Awareness Day is on May 19. On this day, folks across the country recognize how HIV/AIDS affects the API population, and as a day of action. And to Apicha CHC, this day is important to us.

Why It Matters to Apicha CHC

Apicha CHC was founded in 1989 on the initial battle cry that Asians should be counted in the AIDS data.  As the years passed, we added more services to the testing, case management and treatment HIV-positive Asians and Pacific Islanders. During that time -- and still today -- the API community faced a heavy stigma surrounding HIV/AIDS.

As part of our legacy population, we continue to support our API clients and patients through our model of care -- and taking the time to recognize National API/HIV Awareness Day. Now 28 years later, Apicha is a federally qualified health center and open to everyone, regardless of ability to pay or immigration status. We continue to provide quality care, and are committed to increasing access to those who need it most – while continuing to fight against the HIV/AIDS epidemic. Apicha is both a safety net and a safe space.

How Does HIV/AIDS affect the API Community?

APIs continue to be disproportionately affected by HIV/AIDS today. When the 2016 AIDS Surveillance Data was released, Apicha searched for the 2016 statewide data for the latest information on APIs living with and affected by HIV/AIDS. What we found was alarming. The number of new infections among Asian and Pacific Islanders increased from 80 in 2015 to 130 in 2016—a 60% increase. Apicha immediately reached out to the New York City Department of Health and Mental Hygiene for more information on newly diagnosed Asian and Pacific Islanders. We learned the majority are men who have sex with men. We learned they are predominantly immigrants. We learned they were poor.

What is Apicha CHC Doing About It?

Despite up-to-date data giving us some answers, we were still missing critical information. Without knowing what language HIV-positive APIs are speaking, we  face an uphill battle in reaching API communities; from not knowing what materials to print, or which multi-lingual outreach staff to recruit.

But we are not alone in our concern. New York State’s AIDS Institute reached out and met with us to learn our insights on what may have caused the increase. We took the opportunity to share how the data limitations prevent us from addressing this problem, and how we can mobilize given the limited information we had. They are currently working on giving us the missing data.

This highlights a need for the Asian and Pacific Islander committee nationwide. New York City and State’s plan emphasized “High-Impact” testing. This model has a laudable goal—make sure the people who bare the most significant brunt of new infections get the resources necessary to address the barriers in their communities. In New York, those resources went to the African American and Latino men who have sex with men. As a result, new infections in both the African American and Latino communities have dropped—an accomplishment that deserves celebrating. We now know that we have the tools to bring down new infections in the most vulnerable.

We need to work hard to ensure that New York State’s model gets replicated at the national level. And when it does, we need to make sure that Asian and Pacific Islanders are counted. That we are listed amongst the other people of color in this country. Apicha learned early on that shoving Asians and Pacific Islanders into “other” means we die. We cannot let that happen.