Why LGBT Bullying is a Problem & How We Can Fight it 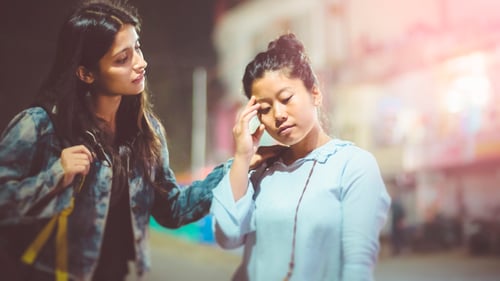 October is National Bullying Prevention Month–a time to spread awareness of the ongoing problem of bullying. Around 21 percent of children between the ages of 12 and 18 reported having experienced bullying in the 2014-2015 school year, according to Health Resources and Services Administration. In addition, it is important to note these are only reported statistics–which means there are youth who experience bullying and do not report it.

Bullying is aggressive, repetitive behavior towards another individual with malicious itent. Some examples include things like making threats, starting rumors, or being routinely pushed around in school hallways and on campus.

What kinds of bullying is there?

There are three kinds of bullying, that classify as follows:

When and where does bullying happen?

More often than not, bullying takes place within school grounds and hours. On the playground or bus, both before and after school, are also times where bullying occurs. It’s also important to note that in recent years, bullying also takes place on the internet–which is known as cyber bullying.

Bullying and the LGTBQ community

While any child is susceptible to being bullied, research shows that LGBTQ youth are more likely to be bullied than their non-LGBTQ counterparts. Use of the word “gay” in a negative tone, and being called derogatory terms–like dyke, queer, or faggot–are examples of a hostile, marginalizing environment for LGBTQ youth.

A 2016 report published by the Gay Lesbian and Straight Education Network found that LGBTQ youth experience feel unsafe at their schools, despite teachers and staff intervening during cases of bullying. In addition to name-calling, LGTBQ youth reported being harassed and bullied regarding their body size/appearance, actual/perceived sexual orientation, and how masculine or feminine they are.

Impacts of bullying on LGBTQ youth

LGBTQ youth who are bullied are at a higher risk for mental and health issues. They are more than twice as likely to experiment with drugs and alcohol, and are four times more likely to attempt suicide. LGBTQ youth’s education is also affected. Some youth skip class or school, out of fear for their safety. As these individuals approach adulthood, they are also at a higher risk for depression, anxiety, PTSD, psychological distress, and substance abuse, according to The Clay Center.

Ways to combat and deal with bullying

We still have a long way to go when it comes to ending bullying. But there are active steps we can take as a community to prevent and minimize bullying and its effects.

Apicha CHC offers short-term counseling to its patients. If you or someone you know would like to speak with a certified counselor, you can request an appointment below.