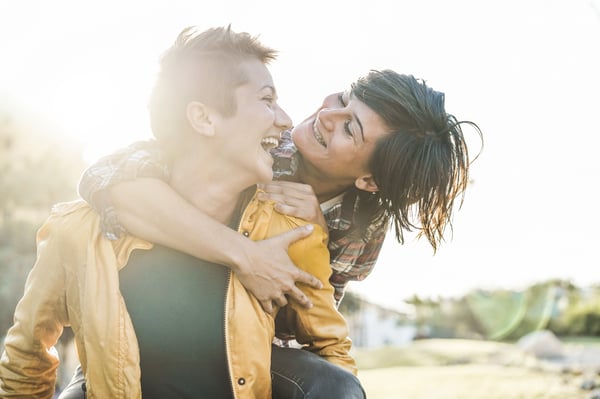 There are many different identities that fall under the LGBTQIA+ umbrella. While many folks are familiar with terms like gay, lesbian, and bisexual, there are some identities that are lesser known. One of them is pansexual.

It's important to get to know all the identities that fall under the LGBTQIA+ umbrella. Just because they aren't well known or frequently discussed in media doesn't mean they don't exist. Learning about different sexual orientations can help you be a better ally. It can also help you learn more about yourself, too.

What does pansexual mean?

According to the Merriam-Webster dictionary, pansexual is defined as follows: "of, relating to, or characterized by sexual or romantic attraction that is not limited to people of a particular gender identity or sexual orientation."

This means that someone who identifies as pansexual is attracted to all kinds of people, regardless of gender or sexual orientation.

Where did the term come from?

Pansexual has a long history of evolving definitions, and means something quite different than it did 100 years ago. The prefix "pan" is Greek for all or everything. However, the term, originally "pansexualism" was coined by psychoanalyst Sigmund Freud in the early 1900s. He used the term to to assert that all human behavior originates from a sexual desire and instinct.

Although behavioral scientists don't believe in this idea, the term pansexual still made its way through the decades, albeit subtly. More recently, the term was widely searched on Google after singer Janelle Monáe came out as pansexual.

How is pansexual different than bisexual?

Many people confuse the terms pansexual and bisexual as the same and are interchangeable. While they might be similar, they are not the same. The term bisexual means someone is attracted to more than one gender. The term pansexual indicates attraction to all genders.

The LGBTQIA+ community experiences stigma, discrimination, and stereotypes as a whole. Pansexual folks experience their own kind of stigma, too. They are often hypersexualized and seen as promiscuous, due to their attraction to all genders. This simply is not true and reduces their identity. To learn more about the history and evolution of the term, you can check out the video below.

Our LGBTQ+ center in New York City provides a variety of culturally competent health care services that include primary care, HIV specialty care, transgender primary care, sexual health services, behavioral health services as well as community education programs that have been designed to be sensitive to your unique cultural needs and lifestyle choices. We welcome and provide a safe space for everyone. Visit apicha.org or click the "Request an appointment" button on the right side of this page to request an appointment.