Viral Load Suppression Can Stop the Spread of HIV: Read How! 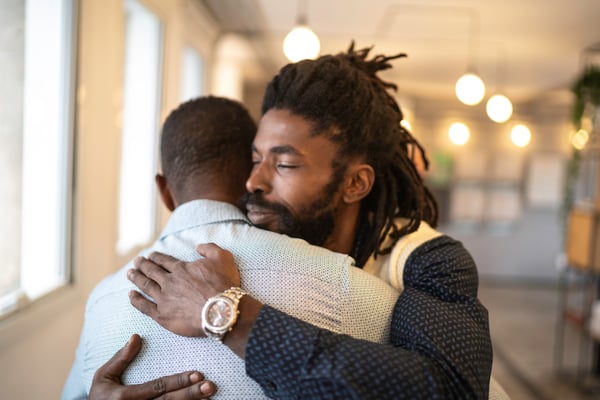 Viral Load Suppression has been getting more attention over the last year because it became a goal of both the National HIV Strategy and New York State’s Ending the Epidemic (ETE) Blueprint.

One goal of the ETE blueprint is to “maximize HIV virus suppression so [HIV-positive people] remain healthy and prevent further transmission.”   This is a great goal, but a lot of people don’t know what viral load suppression is or how you get there.  We put together this list of Frequently Asked Questions to answer some of these questions.

Medicines to treat HIV can eliminate the risk of sexual transmission. In August 2016, the New York City (NYC) Health Department agreed with other public health and medical organizations that people with HIV who maintain an undetectable viral load for at least six months do not transmit HIV through sex.

In September 2017, the Centers for Disease Control and Prevention and the New York State Department of Health agreed with this finding, which is known as “Undetectable = Untransmittable,” or “U = U.”

Antiretroviral medicines are very effective at controlling HIV. They do not cure HIV infection or remove the virus from the body, but if taken every day, as prescribed, HIV medicines stop the virus from multiplying. This prevents the virus from damaging the immune system and stops sexual transmission to others.

What is Viral Load:

HIV Viral Load is the number of HIV virus copies that appear in every drop of blood.  Usually when people are first infected with HIV, their viral load is in the hundreds of thousands per drop of blood.  The lowers number of copies of the virus that can be currently detected is around 20.

What is Viral Load Suppression:

Suppressing your viral load means taking HIV medication (or antiretrovirals) to control the virus and stop it from making copies of itself.  In New York State, someone’s viral load is considered suppressed when they have 200 copies of the HIV virus per drop of blood or fewer.   Viral load suppression does not mean someone is cured—HIV still remains in the body.

What does "Undectable" Mean:

Undetactable means the number of copies of the virus found in a drop of below is 20 copies.  “Undetectable” means that the level of HIV in a person’s blood is so low that it doesn’t show up on a viral load test. If a person is undetectable, HIV can still be hiding in their body, but the amount is so low that HIV cannot be passed to others through sex.

What does Viral Load Suppression Mean for You:

What does Viral Load Suppression Mean for Your Sexual Partners:

How do we know that “Undetectable = Untransmittable”?

Three recent studies – HPTN 052, PARTNER and Opposites Attract – followed male couples and heterosexual couples in which one partner was HIV-positive and the other HIV-negative. During these studies, not one HIV-positive person who was taking antiretroviral medicines and was virally suppressed passed HIV to their negative partner.

If I am HIV-negative, should I avoid having sex with people who have HIV?

If my partner tells me they have an undetectable viral load, should we still use condoms?

Having an undetectable viral load only prevents HIV transmission. Condoms protect against HIV, other sexually transmitted infections (STIs) and unintended pregnancy. If you are unsure about whether your partner is undetectable, take steps to protect yourself from HIV, such as using condoms or taking daily PrEP (Pre-Exposure Prophylaxis). You should never feel pressured to have sex without condoms.

If I am on HIV treatment, should my partner be on PrEP?

You and your partner may decide that antiretroviral treatment for the HIV-positive partner provides enough protection against HIV. HIV-negative partners may choose to take PrEP, especially if they have other sexual partners; are unsure of their partner’s viral load or their partner’s ability to keep their viral load undetectable; or feel more secure in their sex lives with the added protection of PrEP.

How do I get my viral load to be undetectable?

If you have HIV, take antiretroviral medicines as prescribed by your health care provider. After you start your medicine, your provider will take blood samples to determine when the level of HIV virus in your blood has become undetectable.

Once you have been undetectable for six months, you will not be able to sexually transmit HIV as long as you take your antiretroviral medicines and keep your viral load undetectable.

What are the first steps to getting viral load suppression:

What else can I do to prevent getting or passing HIV and other STIs?