"Using Hook-up Apps in 2017" is a series addressing issues of safety, racism, and emotional health. Apicha CHC recognizes that there is a lot that comes with pursuing sexual and romantic relationships using technology. We hope that this series will raise awareness about these issues and offer some tools and resources to prevent or deal with issues that may arise. 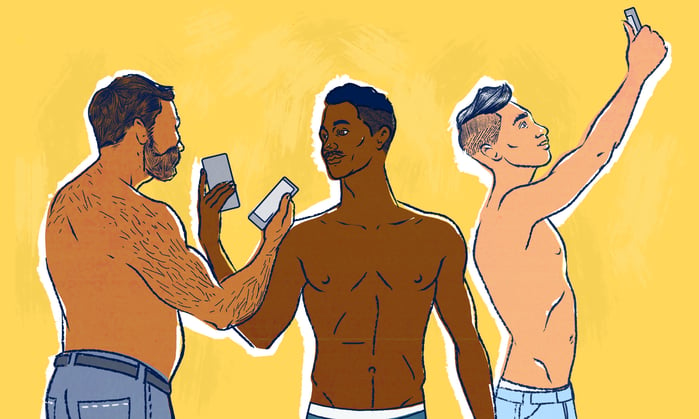 In this blog, we're going to talk about the different ways that racism dominates hook-up app culture.  The discrimination and racism that occurs when people choose their 'preferences' or how they initiate a conversation with a person of color in ways that are demeaning and offensive.

Let's be real, not talking to someone because they are Asian or Black or Latino or Middle Eastern is not a preference, it's racist. And, PLEASE, stop referring to POC as food groups, it's disgusting. And, we will probably need to talk about fetishizing people of color or using the word exotic to initiate a conversation. So, what we are really  addressing is the underlying issues of white supremacy and anti-black and brown violence that continues to show itself ever so blatantly on these hook-up apps.

Sexual Racism is NOT a Sexual Preference

After reading through a lot of the articles being written on this topic, it seems clear that people are masking racism with this concept of a sexual preference. Let's be clear that racism and sexual racism or discrimination come from the same place: as researcher Denton Callender explains, "Sexual racism is a form of racism because, quite simply, it is the use of racial stereotypes to include or exclude groups of people" (Vice).

Though there is absolutely racism enacted by heterosexual app users, there has been a higher incidence of blatant racism on apps for gay men. Some people attribute this to the fact that apps like Grindr, Scruff and Jack'd are used more frequently as hook-up apps, rather than a dating app, so people feel like they have the space to be "direct," which is code for blatantly racist. BuzzFeed's Boldy video addresses some of the ways Black men have experienced racism using these apps:

While straight women of colour are certainly not immune from encountering racist bullshit when dating online (and IRL), I can't say I've come across a Tinder or OKCupid profile that explicitly—or even implicitly—disqualified an entire racial group from getting in touch. Things are different on Grindr.

"More into Vanilla and spice than chocolate and rice" reads one of thousands of profiles featured on Douchebags of Grindr, a blog dedicated solely to calling these people out, while another says, "Not into chopsticks [or] curry." Some of the offending posts are less cutesy e.g. "Blacks keep movin' cuz I aint interested unless you can prove not all blacks are the exact same."

The Daily Show's Jessica Williams and Ronny Chieng also addressed these issues in their segment, "Sexual Racism." They look at the discrimination Black women and Asian men face when using these apps to meet people. The segment offers a satirical, yet infuriating and upsetting glimpse into the many different ways racism and discrimination are enacted toward different people and on different platforms.

What Williams and Chieng point out is that even though the racism might not be as in your face on Grindr, like "no Blacks" or "no Asians," racism surely comes up in their interactions with people and definitely impacts how many people swipe their profiles or express interest in them. Check out the Huff Post's article here and be sure to take a look at the video!

Click here to read the entire article, "So Many Gay Dudes Are Openly Racist On Dating Apps"

If we are talking about hook-up app racism, we have to talk about all of it. Not only do people exclude entire groups of people based on their race, but many people also objectify people of color as The Guardian points out. These sentiments often come along with statements like, "you're pretty for a (insert racial minority)" or "wow, I've never been with a (insert racial minority)." The MTV series "Girl Code," sets the record straight with this video:

As seen on MTV's Girl Code

Here are two things to completely abandon: the word exotic and the question, "what are you?"  It's overwhelming how frequently people that are not easily racially stereotyped, or read as mix-raced, face this demeaning language.

As  Girl Code points out, "Before you call anyone exotic, mentally replace the word "exotic" with "very different, strange, or unusual...It's not OK to call someone exotic just because you can't figure out what their ethnicity is."

What Can We Do?

Report the abuse.  If you spot a profile that is being racially offensive and discriminatory,  take a moment and report it. If someone is addressing you with racial slurs or being discriminatory, report it! Even though it might not lead to an immediate result, if more and more people report these things there will leave less and less room for the companies not to respond.

The fact that this blatant racism is permitted and enabled by Grindr and companies alike is unacceptable. There needs to be more steps taken to address these issues on a systemic and institutional level. It's really important that these companies take the necessary steps.

Apicha CHC Stands with You

On October 28th, 2014 Apicha CHC's CEO, Therese R. Rodriguez, gave a speech at the NYU School of Medicine Center for the Study of Asian American Health. In her speech, she talked about  a holistic idea of community health, reminding the audience that health is not just about the physical body. This comprehensive idea of health is exactly what we need to be reminded of when tackling issues around racism, discrimination and stereotypes.

Rodriguez also brings up a crucial point about internalized racism, which is at the core of addressing this twisted notion of a 'sexual preference' that people are using to justify racism. To ignore that racism has been embedded in our experience of the world from the moment we are born is painfully detrimental to confronting and addressing racism. We need to call it for what it is:

“No Fats, No Femmes, No Asians” is a phrase commonly found in dating profiles. Health is not just the absence of disease. Health is about the physical, mental, emotional, spiritual well being of an individual. At Apicha, we educate young Asian and Pacific Islander LGBTs about sexual choices, that sexual exploration is a normal part of life, we encourage the practice of safe sex, build skills to negotiate sexual interaction. We impress upon them that they do not have to partner with a white man to be accepted and to have a voice. We encourage the participant to think about the premise of their sexual partner choices. To consider the role of internalized racism that might make them overlook other Asians as potential partners. We cannot dictate who they choose, but we can help them examine those choices. We help develop resiliency, self-confidence to negotiate these relationships, with inherent misconceptions and power imbalance."