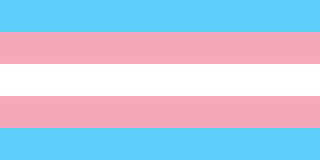 Apicha Community Health Center is pleased to announce a new series that we will be starting on our blog. We’re hoping to be a go-to for transgender resources and support. To open up the series, we have great news regarding a historical moment for transgender rights.

These regulations assert that all transgender individuals are protected under the State’s Human Rights Law. Any discrimination against transgender persons is unlawful and will not be allowed anywhere in the State of New York. “In 2015, it is clear that the fair legal interpretation and definition of a person’s sex includes gender identity and gender expression,” said Cuomo.

The Apicha CHC Trans Health Clinic is fully staffed for the specific needs of transgender and gender non-conforming, gender variant and genderqueer individuals. Request an appointment.

The new regulations mark the first time any governor has issued state-wide regulations prohibiting harassment and discrimination on the basis of gender identity or transgender status through executive order.

“The scourge of harassment and discrimination against transgender individuals is well-known – and has also has gone largely unanswered for too long,” Governor Cuomo said. “New York has always been a beacon for the country on LGBT rights. We started the movement at Stonewall, we led the way with marriage equality, and now we are continuing to show the nation the path forward. We will not tolerate discrimination or harassment against transgender people anywhere in the State of New York – period.”

History of Transgender Rights in NYC

Transgender rights has long been an issue left out in progress made by LGBT movements. In 2002, New York State passed legislation to protect people from facing discrimination in housing, employment, and other areas based on sexual orientation, but intentionally left out bias against trans individuals.

“The law protected lesbians, gays and bisexuals, but it left out the ‘T’, so to speak. It left behind the transgendered,” Cuomo said. “That was not right, it was not fair and it was not legal,” he continued.

Governor Cuomo’s actions follow years of frustrating attempts to change legislation to include trans rights. These efforts have been stopped again and again by the Republican-led state senate in Albany.

What this means for Transgender New Yorkers

The Cuomo administration stated that the new regulations are meant to be comprehensive, covering all New Yorkers, and not just public sector employees. It would also include “public accommodations”, a sweeping legal term that covers many services used by the general public, such as: hospitals, education and recreation facilities, rental establishments, and others.

According to Cuomo, the executive order will be carried out within one week of the announcement and published in the state registry. Once published, the order will be subject to a 45-day consultation period before the changes go into effect.

After this period, if you feel that you have been discriminated against because of your gender identity or transgender status, you’ll be able to file complaints with the division or the state attorney general or through the courts, seeking injunctions, monetary damages or other legal relief.

If you are a patient of Apicha CHC, and you experience discrimination because of your gender identity or transgender status, reach out to your Care Manager and we’ll be able put you in contact with trans* legal groups who can help file these complaints.

If You’re Trans, Live in New York City, and Don’t Have a Medical Provider, Consider Coming to Apicha CHC!

Check our calendar for the next Trans Orientation Sessions for trans folk to come in and learn about Apicha CHC’s Trans Health Clinic. This clinic is for the specific needs of transgender and gender non-conforming, gender variant and genderqueer individuals. Our Trans Health services include: