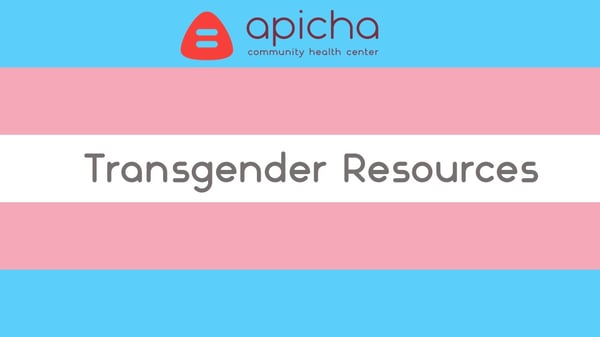 For most people, going to the doctor’s office is something they don’t look forward to — the sterile-white rooms, the long waits, the person coughing in the corner that makes you wonder how contagious they are.

The proof is in the hashtag: #TransHealthFail.

The hashtag aims to increase solidarity and education around these issues, and has quickly gained traction, bringing much-needed attention to some troubling health care disparities.

According to MyTransHealth, 50% of transgender patients have had to educate their health care providers on their identities. About 1 in 4 trans individuals say they delay medical care in fear of discrimination — and that fear is warranted, as almost 20% of trans patients have been refused care by medical professionals.

Here are six of the biggest barriers to healthcare facing transgender people when it comes to accessing complete, competent medical care — as told by those who live it.

My body holds me back. I cant afford the medical care I need to change this #transhealthfail #transgender #topsurgery pic.twitter.com/mqaw79AgqK

The ability to transition medically is a privilege only available to those who can afford it. These gender-affirming health treatments are out of reach for many trans individuals — especially since transgender people are four times more likely to live in poverty than the general U.S. population.

If a trans person can afford health insurance, they can often be denied coverage simply for their gender status. Even in San Francisco, which is known as one of the most LGBT-friendly cities, more than 50% of transgender people do not have any form of health insurance. But lack of complete coverage isn't the only problem; many trans individuals covered by public or private plans find their plans exclude transition-related services.

Most of my #transhealthfail experiences:
Me: *goes to doctor for something not hormone/genital related*
Dr: *asks about hormones/genitals*

When a trans patient seeks medical guidance or treatment for issues that are not gender-related, their gender is often still a hot topic of conversation in the examination room — or a medical scapegoat for their unrelated ailment.

Under the guise of awarding complete care, medical professionals can cross the definitive line between an appropriate, medically necessary inquiry and invasive questioning. Scapegoating medical issues on a patient's trans status also prevents competent care by not addressing the true medical issue at hand.

Me: "Would you mind calling me Dan? I'm a Trans guy actually"
Gynecologist: "Well, a guy is not what I am seeing, miss."-_-#transhealthfail

Even if a transgender patient has documentation affirming their gender, some medical providers will still refer to them by their sex assigned at birth. Misgendering is a form of violence toward trans people, disrespecting their right to claim their own gender.

For health care providers who accidentally misgender, acknowledging their mistake and ensuring it doesn't occur again is a way to help solve the problem — as is respecting a patient's right to self-identify, documentation or not.

#transhealthfail "how can you be trans? You're not wearing a dress, no makeup, and you need to shave"... from a gender therapist.

Some health care professionals, especially those who act as "gatekeepers" to transition-related medical care like hormone replacement therapy (HRT), use gender norms as a barometer to indicate whether someone is "truly trans." Relying on these tired norms to judge the authenticity of someone's gender identity can have problematic implications on their health.

Trans individuals looking to go on HRT have to be diagnosed with gender dysphoria to access a prescription. The need to be deemed "truly trans" makes the pressure to please a medical professional's views of a "real" trans person necessary for access.

It's a system that values professional opinion over the personal right to naming one's own lived experience.

My first endocrinologist repeatedly molested me, saying it was ok because he was "just checking for growth". #transhealthfail

In health care, medical professionals are in a position of power when it comes to distributing care. For trans people, that means a very real fear of being denied care, physically abused or sexually violated while in care.

According to the National Transgender Discrimination Survey, which surveyed more than 6,000 transgender individuals, 28% of trans people report being harassed in medical settings. Of those surveyed, 19% report being denied care and 2% reported being physically attacked in a medical setting.

My primary when I came out barely even knew what trans was. Changed primaries out of concern at lack of familiarity. #transhealthfail

Perhaps the biggest health care obstacle, which all of the previous barriers on this list hinge on, is the lack of education within the health care system about the lives and experiences of transgender people.

Apicha Community Health Center’s Transgender Health Clinic does everything it can to overcome these barriers.

We are committed to providing whole person Primary Medical Care to address the distinct needs of transgender and gender non-conforming, gender variant and genderqueer individuals.