Apicha Community Health Center applauds Governor Andrew M. Cuomo for his commitment to health equity for transgender and gender nonconforming (GNC) New Yorkers. In October, The New York State Health Department proposed a rule that will enable Medicaid to cover minors seeking access to hormone-therapy and other medical services that will aide in their transition. On December 7th, it became official!

This rule is an important step in providing access to health care for all transgender and GNC people. It was just last year that the state decided to allow adults using Medicaid to access these services.  The New York Times reports the content of the rule: “The proposed changes therefore would make Medicaid coverage of transgender care and services available, regardless of an individual’s age, when such care services are medically necessary to treat the individual’s gender dysphoria.”

When will the rule go into effect?

The rule was announced on Wednesday, October 5, 2016.  On December 7th it was officially put in place and coverage will take effect immediately!

Transgender rights has long been an issue left out in progress made by LGBT movements. In 2002, New York State passed legislation to protect people from facing discrimination in housing, employment, and other areas based on sexual orientation, but intentionally left out bias against trans* individuals.

“The law protected lesbians, gays and bisexuals, but it left out the ‘T’, so to speak. It left behind the transgendered,” Cuomo said. “That was not right, it was not fair and it was not legal,” he continued.

Governor Cuomo’s actions follow years of frustrating attempts to change legislation to include trans* rights. These efforts have been stopped again and again by the Republican-led state senate in Albany.

Are you transgender or GNC and looking for healthcare? 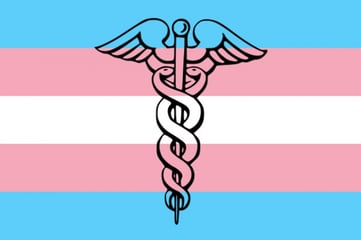