Access to PrEP is important to Apicha CHC. PrEP is for everyone, but many individuals using PrEP are part of the LGBTQ+ community. And because we serve so many transgender and genderqueer people, we are especially concerned with making sure they have access to PrEP. 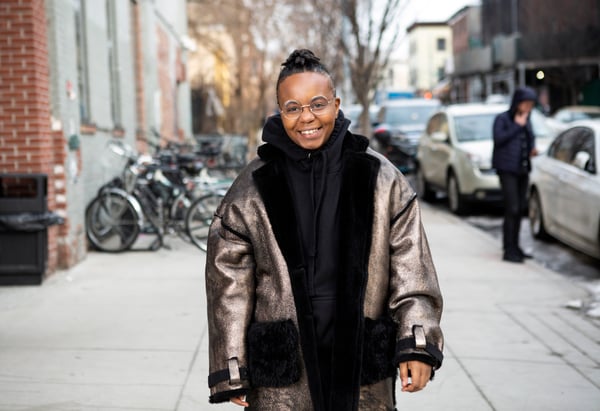 First, what is PrEP?

“PrEP” is short for Pre-Exposure Prophylaxis. It is a new HIV prevention method for people who are HIV-negative to use in order to decrease the risk of becoming infected if they are exposed to the HIV virus. PrEP has been approved by the FDA and is shown to be safe and effective.

Fast facts we need to know

Being transgender or genderqueer & being on PrEP

Since PrEP became widely acknowledged and accepted as a means for HIV prevention, it has mostly been marketed as a prevention method for cis men who have sex with cis men. Transgender and gender queer people have been almost entirely left out of the conversation, the research, and the marketing.

There has been a lot of resources and money dedicated to making pre-exposure prophylaxis accessible to the public, but very little of this has been dedicated to better understanding PrEP for transgender people.

What to know about taking PrEP

Taking the first step to preventing HIV is often the most difficult. The challenges of talking about your sexual practices with your doctor are sometimes very difficult to overcome. This is especially true for transgender and genderqueer people, who encounter some of the most challenging barriers when it comes to accessing safe, comprehensive ,and respectful health services.

Truvada for PrEP is covered by all New York State Medicaid plans as well as most private insurers. If you don’t have Medicaid or your insurance does not cover Truvada for PrEP, Gilead (the pharmaceutical company that makes Truvada) has a Medication Assistance Program that can provide the medication free of charge to eligible patients.

If you are uninsured or underinsured, NYS has a PrEP Assistance Program, PrEP-AP, which can pay for PrEP related visits and lab cost for eligible patients, regardless of immigration status.

From the research done on hormone therapy and the most commonly prescribed HIV meds, including Truvada (PrEP), there appears to be little to no interaction. If you have concerns about this, we encourage you to speak with your medical provider.

4. Side Effects of PrEP:

The main side effects are mild nausea and some individuals have experienced problems with kidney function. Everyone who takes PrEP should see their medical provider for kidney function tests every six months.

Although PrEP protects you from HIV, it does not protect users from other sexually transmitted infections. So, protecting yourself against STDs is a key component of your sexual health.

Pre-Exposure Prophylaxis involves taking the medication, Truvada, once a day, every day. When taken correctly and every day, PrEP is 92%-99% effective in reducing your risk of getting HIV. When taken daily, PrEP takes at least 7 days to reach maximum protection for rectal tissue, and 20 days in blood or for vaginal tissues.

What is Apicha CHC Doing

If you are an HIV negative transgender or genderqueer patient at Apicha CHC, our Transgender Health Clinic Coordinators (THCC) will talk to you about getting on PrEP.

Rather than have your use of PrEP be supported by the center’s PrEP navigators, yours will be managed by your THCC. This is important because they have the appropriate experience to provide the best PrEP care for transgender and genderqueer patients with their understanding of the unique barriers transgender people face.

At Apicha CHC, we are very aware of the short-comings in research and access. We are very grateful to have the support of the AIDS Institute and the New York City Department of Health to support our PrEP program and encourage outreach to underserved communities.

Check our calendar for the next Trans Orientation Sessions for trans folk to come in and learn about Apicha CHC’s Trans Health Clinic. Our Trans Health clinic is a medical clinic focused on the specific needs of transgender and gender non-conforming, gender variant and genderqueer individuals.

Our Trans Health services include: