Taking Out API Racism During COVID-19 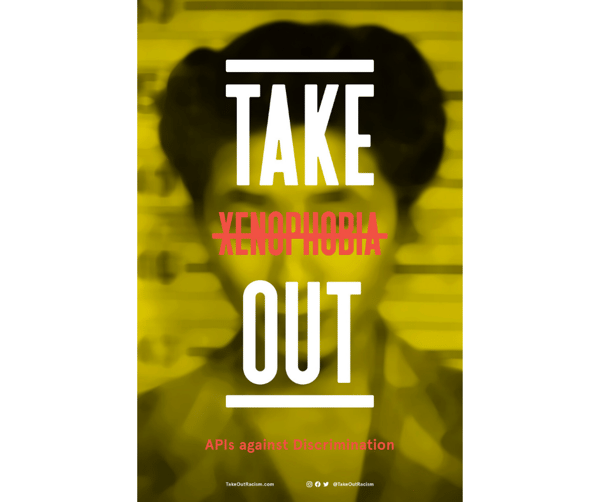 Amidst the COVID-19 pandemic, we've seen an increase in hate crimes and intolerance toward the Asian and Pacific Islander communities. In response to this, a community-based organization, RAAD, has created powerful visual campaigns to rally against intolerance and racism.

Random Acts of API Defiance or RAAD is a collective of queer API scholars, artists, and designers committed to combating racism through bold creative interventions. RAAD is a response to the intensification of xenophobia and hate directed at APIs in America since the onset of COVID-19. RAAD acknowledges and bears witness to the disproportionate violence that white supremacy inflicts on other BIPOC communities. RAAD believes ending racism toward APIs is therefore inextricable from their mission to be allies for their black, brown, and indigenous brothers and sisters in their fight for equality.

Why was RAAD founded?

RAAD was founded in direct response to the racism, intolerance, and xenophobia toward APIs since the pandemic began. In June 2020, it was discovered that racist flyers toward Chinese-Americans were being circulated Bay Ridge, Brooklyn. The flyers blamed the Chinese community for ruining the neighborhood and being responsible for the pandemic. RAAD mobilized and went to Bay Ridge to take down the flyers, and replaced them with posters calling for an end to racism.

What does RAAD do?

RAAD's approach to combating API racism is largely through visual campaigns and community-based meetings and events. One of their biggest goals is to spread awareness and inspire others to take action and educate themselves. This is the goal of RAAD's "Take Out Racism" campaign.

What is RAAD's "Take Out Racism" Campaign?

According to their website, RAAD's "Take Out Racism" campaign and mission is as follows:

TAKE OUT is our rallying cry. It is a call-to-action for APIs and their allies to root out discrimination in US politics and culture. These posters are the first in a series of tactical interventions designed to contest the racist identification of Covid-19 as a “Chinese virus,” while overturning the “model minority” myth of APIs more generally. Our campaign hijacks the common association of TAKE OUT with cheap, undifferentiated "Asian cuisine" to foreground the racial, ethnic, and cultural diversity of APIs in this country. It is both a celebration of API solidarity-in-difference and a call for APIs to TAKE OUT systemic racism alongside other BIPOC communities—defiantly and together.

How you can get involved

RAAD has recently launched its "Diversity Campaign," which encourages community members to take a selfie or video and answer several questions regarding identity and experience. You can learn more on their Instagram here.