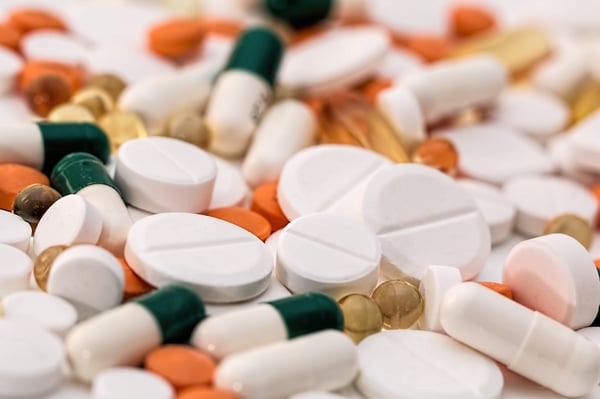 In this substance abuse blog series, we're going break down what opioids are, their health effects, and talk about how big of an epidemic it really is.

Opioids are a class of drugs that include prescription pain relievers, heroin, and synthetic opioids (like fentanyl). These drugs are naturally found in the opium poppy plants. Opioids are often used as medicines because they contain chemicals that relax the body and can relieve pain.

Some of these drugs, like Oxycodone, are legal -- whereas opioids like heroin are not. Heroin is one of the world's most dangerous opioids, and is never used as a medicine in the United States. They are highly addictive, and an overdose can kill you.  Here are a few of the most commonly used opioids:

Generally speaking, prescription opioids are administered in pill form. Illegal opioids, like heroin, is a white or brown powdery substance that is consumed nasally or injected via needles.


What are the Effects of Using Opioids?

When used legally and taken as prescribed by a doctor, opioids are used for an actual medical reason, like post-surgery recovery. Opioids are often used as medicines because they contain chemicals that relax the body and can relieve pain. Prescription and illegal opioids give users feelings of euphoria. Simply put, opioids tell the brain to block pain and make you feel calm and happy.

However, some folks become addicted and dependent on prescription opioids and continue to use them after they no longer need them. People also abuse opioids by using opioids that are not prescribed to them and just to get high.

What are the Short- and Long-term Effects of Opioid use?

Short-term effects of opioid use include:

Long-term effects of opioid use include:

Why are Opioids so Dangerous?

Opioids are chemically related and interact with opioid receptors on nerve cells in the body and brain. Opioid pain relievers are generally safe when taken for a short time and as prescribed by a doctor, but because they produce euphoria in addition to pain relief, they can be misused (taken in a different way or in a larger quantity than prescribed, or taken without a doctor’s prescription).

Regular use—even as prescribed by a doctor—can lead to dependence and, when misused, opioid pain relievers can lead to addiction, overdose incidents, and deaths.

Over the last decade, the illegal use of opioids has skyrocketed. Every day, over 130 people die from an opioid overdose. The National Institute on Drug Abuse has classified this concerning increase of opioid use is a serious national crisis that affects public health as well as social and economic welfare.

The opioid epidemic is a public health crisis with devastating consequences, including increases in opioid misuse and related overdoses, as well as the rising incidence of neonatal abstinence syndrome due to opioid use and misuse during pregnancy. The increase in injection drug use has also contributed to the spread of infectious diseases including HIV and hepatitis C.

How Apicha CHC Can Help

All of Apicha CHC's staff has been trained in opioid overdose prevention, including the use of naloxone for the purpose of preventing death from an opioid overdose, and received New York City Department of Health and Mental Hygiene Overdose Rescue Kits with naloxone.