Heroin is a highly addictive opioid, and its popularity has risen over the last ten year in the United States. Needless to say, it is one of the most commonly abused substances around.

In this blog series, we're going to discuss what heroin is, and its effects on your health.

What is heroin and how is it used?

Heroin is an opioid processed from morphine, which is a naturally occurring substance in the seed of certain poppy plants. Heroin can be a white or brown powder, or a black sticky substance known as black tar heroin. Heroin can be snorted, injected, or smoked.

Heroin is extremely addictive no matter how it is administered, although routes of administration that allow it to reach the brain the fastest (i.e., injection and smoking) increase the risk of developing heroin use disorder. Once a person has heroin use disorder, seeking and using the drug becomes their primary purpose in life.

Why do people use heroin, and what are its effects?

There are many possible and different reasons individuals choose to use heroin and other abused substances. One major factor for many substances is that they gives users a high, leaving them feeling euphoric and happy. Heroin also has this effect when used.

When consumed, heroin gives users a surge of a pleasurable sensation. The intensity of the rush is a function of how much drug is taken, and how rapidly the drug enters the brain and binds to the opioid receptors. With heroin, the rush is usually accompanied by a warm flushing of the skin, dry mouth, and a heavy feeling in the extremities.  Nausea, vomiting, and severe itching may also occur.

After the initial effects, users usually will be drowsy for several hours; mental function is clouded; heart function slows; and breathing is also severely slowed, sometimes enough to be life-threatening. Slowed breathing can also lead to coma and permanent brain damage.

What are the long-term effects of heroin use? 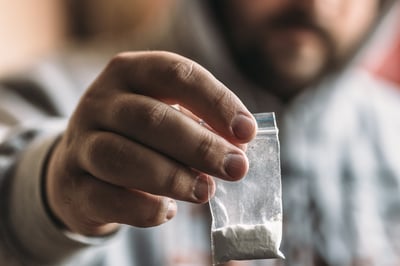 Long-term use of heroin can psychically and chemically alter a person's brain structure, including long-term imbalances in neuronal and hormonal systems that are not easily reversed. Some research has also suggested long-term use can deteriorate white matter in the brain which may affect:

Other health consequences of using heroin are as follows:

Using heroin also creates a tolerance and dependence on the drug -- which can lead to withdrawal. Withdrawal can occur just a few hours after using heroin. Symptoms of withdrawal include:

Can you overdose on heroin?

Yes. A heroin overdose occurs when a person uses enough of the drug to produce a life-threatening reaction or death. Heroin overdoses have increased in recent years. When people overdose on heroin, their breathing often slows or stops. This can decrease the amount of oxygen that reaches the brain, a condition called hypoxia. Hypoxia can have short- and long-term mental effects and effects on the nervous system, including coma and permanent brain damage.

Naloxone is a medicine that can treat and reverse an opioid overdose when immediately administered. It works by rapidly binding to opioid receptors and blocking the effects of heroin and other opioid drugs.

All of Apicha CHC's staff has been trained in opioid overdose prevention, including the use of naloxone for the purpose of preventing death from an opioid overdose, and received New York City Department of Health and Mental Hygiene Overdose Rescue Kits with naloxone.