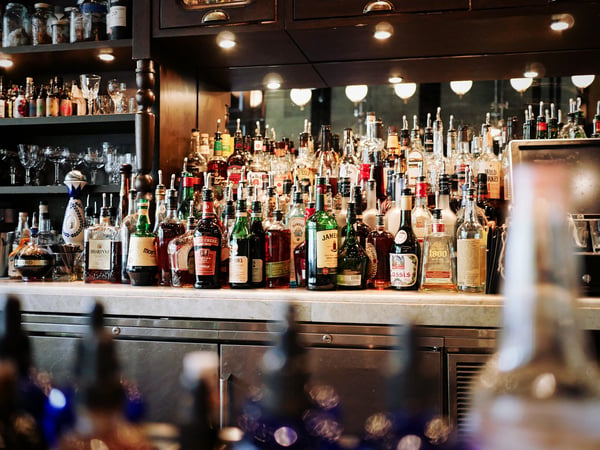 Alcohol is one of the most popular, easily accessible, and dangerous substance people can abuse. And even though it's legal (for those of age), it continues to be one of the most leading causes of death in the United States.

The dilemma of alcohol

Alcohol is a huge part of many people's social lives. Often times, our social activities are rooted in things like meeting with friends at a bar, sharing a bottle of wine during a night in, or partying at a club. Drinking alcohol, for many folks, is part of their lifestyle, and something they enjoy doing.

However, there is a fine line between moderation and excess. And unfortunately, many people cross over into excessively drinking alcohol. As a result, this can lead to binge drinking and alcoholism. Because alcohol is so commonly consumed, especially in excess, it is considered an abused substance.

Why do people drink?

How much is too much alcohol?

As previously stated, drinking in moderation is best. It's a fine line between going out to a bar and celebrating with your friends, and drinking so much that you don't remember the next day. The recommended consumption of alcohol is one drink per day for women, and two per men. However, this doesn't mean that drinking alcohol won't have a negative effect on your health, which you can read about below.

The problem with binge drinking

Binge drinking, which is consuming an excessive amount of alcohol in a short period of time, is a huge issue in the United States. It is the most common, deadly, and costly pattern of excessive alcohol use. The National Institute of Alcohol Abuse and Alcoholism defines binge drinking as a pattern of drinking that brings a person’s blood alcohol concentration (BAC) to 0.08 grams percent or above. This typically happens when men consume 5 or more drinks or women consume 4 or more drinks in about 2 hours.

Binge drinking also impacts your health and safety. It is associated with a number of health issues:

What is alcoholism and alcohol use disorder?

Around 16 million people in the United States have alcohol abuse disorder.  Alcohol abuse can result in alcoholism and alcohol use disorder. Although these two terms have many things in common and are often used interchangeably, they are two different things.

Alcoholism is a non-medical term, and is the most severe form of alcohol abuse and involves the inability to manage drinking habits. Alcohol use disorder is a medical condition diagnosed by a professional  to describe someone with an alcohol problem, to varying degrees. Alcohol abuse disorder is a chronic relapsing brain disease characterized by compulsive alcohol use, loss of control over alcohol intake, and a negative emotional state when not using.

What are the health effects of drinking alcohol?