The new Stonewall National Monument will protect and represent the area where, on June 28, 1969, a community's uprising in response to an unjust police raid sparked the very first LGBT civil rights movement in the United States.

Take pride in your health. Request an appointment.

Stonewall Riots: The Beginning of the LGBT Movement

On June 28, 1969, a group of gay customers at a popular gay bar in Greenwich Village called the Stonewall Inn, 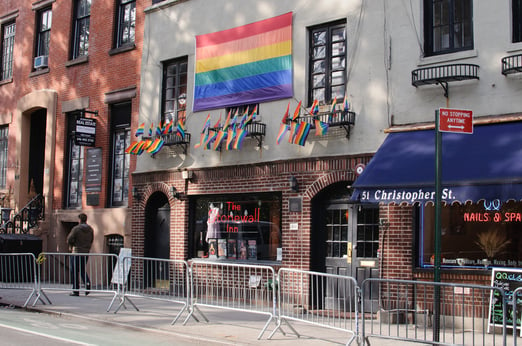 who had become angry from harassment by police, took a stand.

For hours, protestors rioted outside the Stonewall Inn. The Stonewall Riots inspired LGBT individuals throughout the country to take action through the formation of a variety of support organizations.

This designation is a historical moment in a new effort towards a more inclusive National Park System. Earlier this year, President Obama also designated the Belmont-Paul Women's Equality National Monument, a site that has been paramount to the fight for women's equality for over a century.

The President's designation of Stonewall National Monument is simply one example of his ongoing commitment to equality for all Americans. Check out the video below to learn more about the Stonewall Uprising and how it sparked a LGBT movement around the world.

"I'm designating the Stonewall National Monument as the newest addition to America's National Park System. Stonewall will be our first national monument to tell the story of the struggle for LGBT rights. I believe our national parks should reflect the full story of our country, the richness and diversity and uniquely American spirit that has always defined us."