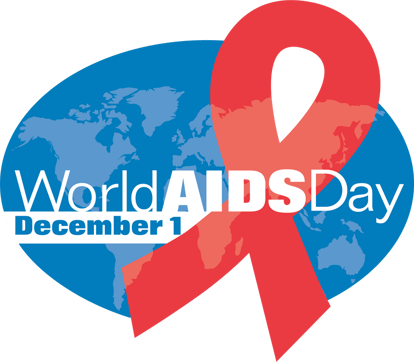 The new data further validates that New York's aggressive actions are keeping the state on track to achieve Governor Cuomo's goal of "Ending the Epidemic" by the end of 2020. Additionally, data from 2018 shows 82 percent of newly diagnosed New Yorkers were connected with care within 30 days of being newly diagnosed — a crucial metric that will not only prevent transmission of HIV but also improve the health of people living with HIV.

"When we started this aggressive and historic campaign to End the Epidemic, we also made a commitment to help ensure every person living with HIV or AIDS gets the support they need," Governor Cuomo said. "These record low levels of estimated new HIV infections and other key metrics — including new data showing we are connecting people to care sooner — demonstrate once again that while our work is not done, we are making important progress toward bending the curve on an epidemic that has taken the lives of too many people for too long."

The Governor's "Ending the Epidemic" initiative was announced in 2014 to significantly reduce HIV infections by the end of 2020 and achieve the first-ever decrease in the number of people living with HIV in New York State. "Ending the Epidemic" does not mean the absolute elimination of HIV/AIDS, which would require a cure for those currently living with HIV/AIDS and a vaccine to prevent future transmission, but rather what public health officials call "bending the curve" — which occurs when the annual number of estimated new HIV infections is lower than the number of people with HIV who die in a given year.

Based on newly released data, the estimated number of new infections, or HIV incidence that occurred statewide in 2018, fell to an all-time low of 2,019 cases. HIV incidence has declined each year since the start of ETE, with a 40 percent decrease over that time frame. More New Yorkers are being tested for HIV as a result of extensive efforts, and as previously reported, new confirmed HIV diagnoses in 2018 have also reached an all-time low of 2,481 — an 11 percent drop from 2017 and a 28 percent drop since the start of ETE. The 11 percent decrease is the largest single year decrease since mandatory HIV reporting began in 2000.

A pillar of the ETE initiative is connecting individuals to care to not only prevent transmission of HIV but also to improve the health of people with HIV. Mortality among people diagnosed with HIV has fallen to record lows throughout ETE. The average annual number of deaths among people diagnosed with HIV is 13 percent lower during ETE compared to before ETE. Additionally, data from 2018 shows 82 percent of newly diagnosed New Yorkers were connected with care within 30 days of being newly diagnosed. Existing programs are improving health care access and outcomes for individuals living with HIV, as 84 percent report receiving some level of care. 2018 also showed continued progress in viral suppression, or the reduction of HIV to undetectable levels. People with a sustained suppressed viral load cannot sexually transmit the virus. Viral suppression among people in care increased to 89 percent in 2018, two percentage points higher than 2017.

New York has taken extensive efforts to promote that medication is available to safely and effectively prevent transmission of HIV among individuals at high risk. In October, New York was the first state in the nation to declare Pre-Exposure Prophylaxis (PrEP) Awareness Week. Data from 2018 shows nearly 32,000 New Yorkers took PrEP — an increase of 32 percent from 2017. There are more individuals on PrEP in New York State than in any other state.

New York State's fourth annual "ETE Summit" will be held in conjunction with World AIDS Day on December 3 and 4 at the Empire State Plaza Convention Center in Albany. This year's theme is "Maintaining the Momentum, Expanding the Vision." As the premier ETE event in New York State, this year's summit is expected to be attended by more than 600 individuals. The summit will showcase the work being done by providers and communities across the state focused on ETE as well as an update on the latest ETE metrics.

New York Health Commissioner Dr. Howard A. Zucker said, "The progress we've outlined today is a true testament to the hard work and leadership of this state and this community. Under the leadership of Governor Cuomo, we have not only reduced new diagnoses but also improved the health of those living with HIV/AIDS.

On June 29, 2014, Governor Cuomo detailed a three-point plan to "end the epidemic" in New York State by the end of 2020. The plan includes identifying people with HIV who remain undiagnosed and linking them to health care; linking and retaining people diagnosed with HIV in health care and getting them on treatment to maximize HIV virus suppression; and providing access to PrEP for high-risk people to keep them HIV negative.

The State has allocated $20 million annually since 2015 to support the work of the initiative and has spent an estimated $2.2 billion to increase access to care and treatment for HIV.