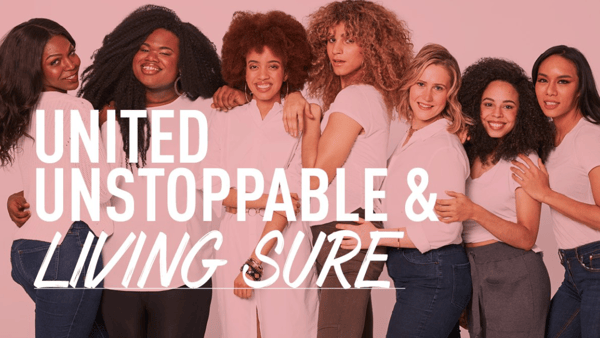 On March 6, 2018, the NYC Health Department today launched “Living Sure,” a new sexual health marketing campaign that encourages women, including cisgender and transgender women, to consider pre-exposure prophylaxis (PrEP) as part of their sexual health plan. PrEP is a safe, daily pill that greatly reduces the risk of HIV infection.

In 2016, despite reaching a record-low number of new HIV diagnoses in New York City, there was a 5 percent increase in new diagnoses among women compared to 2015, and Black and Latina women made up over 90 percent of all women who were newly diagnosed. In 2016, only 21 percent of sexually active Black and/or Latina women in New York City were aware of PrEP, compared to 85 percent of gay and bisexual men and other men who have sex with men. 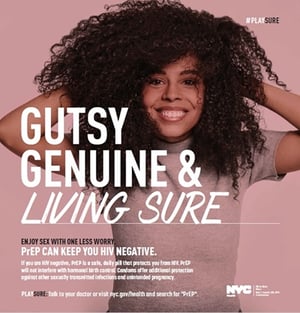 A recent study of over 600 ambulatory care practices in NYC found that, while PrEP prescribing rates increased 976 percent from 2014 to 2016, a majority of those prescriptions were written for men. In mid-2016, women received only 5 percent of PrEP prescriptions. These data suggest disparities, given that over 20 percent of new HIV diagnoses in NYC were among women in 2016. Too few women know about PrEP, and far fewer are taking it.

The Health Department’s Women’s Advisory Board – a group of women leaders from the community with a focus on improving HIV prevention, care, and treatment for women in New York City – contributed to the development of “Living Sure.” The campaign will appear in local newspapers, subway cars, subway stations, buses, and bus shelters across the city, as well as on social media. The Health Department unveiled the campaign today at Planned Parenthood of NYC’s Diane L. Max Health Center in Long Island City, Queens. To find PrEP, New Yorkers can speak with their health care provider, call 311, or visit the NYC Health Map to find a provider.

“While we have made historic progress in reducing HIV diagnoses in this city, we will not rest until that progress is felt equally in every community,” said Health Commissioner Dr. Mary T. Bassett. “PrEP has proven to be an essential part of a sexual health plan, and raising awareness among women will push us closer to finally ending this epidemic. We pride ourselves as a city that has led the way in groundbreaking and inclusive awareness campaigns, and ‘Living Sure’ reinforces our belief that all New Yorkers deserve healthy and happy sex lives.”

The “Living Sure” campaign is part of Mayor Bill de Blasio’s Ending the Epidemic (ETE) plan, which aims to end the HIV epidemic by 2020 in NYC and includes a $23 million investment to reduce the number of new HIV infections and ensure a strong infrastructure for sexually transmitted infection (STI) prevention.

Last year, the Health Department announced that 2,279 people were newly diagnosed with HIV in 2016, down 8.6 percent from 2015 and representing an all-time time low since HIV reporting began in 2001. Since Mayor de Blasio announced ETE in 2015, the City expanded clinical services and hours of operations at its Sexual Health Clinics, in addition to offering PrEP initiation and linkage to care for patients.

Here's what providers and elected officials had to say of the campaign:

“PrEP has been shown to be highly effective in preventing HIV, but awareness and uptake among women has remained low,” said Dr. Demetre Daskalakis, Deputy Commissioner for the Division of Disease Control. “We hope that the ‘Living Sure’ campaign can help change this local and national trend with the goal of ending the HIV epidemic in all populations in New York City.”

“As a physician and researcher who has worked to increase PrEP use among women, I’m thrilled to have joined the Health Department as it launches the ‘Living Sure’ campaign, which will spread the word to women about this empowering HIV prevention tool,” said Dr. Oni Blackstock, Assistant Commissioner for the Bureau of HIV/AIDS Prevention and Control.

“Ending the epidemic requires providing everyone at risk with all of the tools currently available,” said Therese R. Rodriguez, Chief Executive Officer at APICHA Community Health Center. “Educating the women of New York City about their HIV risk is imperative. In light of this exciting opportunity to reach out to these vulnerable populations, this campaign not only addresses the impact of the epidemic on African-American and Latina women, but also addresses the Asian and Pacific Islander women who are experiencing a spike in new infections. Public awareness makes it easier for medical providers to connect people with the services necessary to end HIV/AIDS – inclusion serves the whole!”

“Making PrEP available for women will encourage self-awareness and effective communication with sexual partners, and will give women the power to take part in the sexual health revolution by putting PrEP in their step,” said Wendy Ledesma, HIV Prevention Clinic Coordinator at the LGBT Community Center and Member of the Women’s Advisory Board.

“HIV doesn’t discriminate and neither should its prevention methods. Women from all walks of life – queer and straight, cis and trans – should have access to the same information and prevention options as everyone else,” said Wendy Stark, Executive Director at Callen-Lorde Community Health Center, a federally-qualified health center serving the LGBTQ community regardless of ability to pay. “We applaud the Health Department for creating an inclusive outreach campaign that puts all women at the forefront.”

Increasing PrEP Awareness and Use among Women in New York City

“Living Sure” is the latest Health Department initiative aimed at increasing PrEP awareness and use among women. Last July, the Health Department sent a letter to providers reminding them to identify women at risk of exposure to HIV, and encourage them to consider PrEP. This summer, the Health Department will launch a PrEP and post-exposure prophylaxis (PEP) detailing campaign focused on women’s health care providers, consisting of one-on-one educational visits to practices. Data collected from previous PrEP and PEP detailing campaigns suggest that the intervention has been successful at reaching and influencing providers throughout New York City.

Our healthcare providers are specialists in HIV prevention, treatment, and care. If you come for testing and remain for care at our community health center, you will receive consistent treatment from a healthcare provider who can attend to all of your health needs including HIV.

There are three ways we can help:

We provide completely confidential HIV testing services at Apicha CHC.   To sign up for our HIV Testing services, click here and select HIV/STD testing from the drop down.

If you become part of Apicha CHC's PrEP Program, you will be assigned a medical provider at Apicha CHC who will assess whether PrEP is right for you and will prescribe you Truvada as PrEP.

Our PrEP staff can also help you:

You can request an appointment to get started on PrEP here.  Be sure to select appointment type as  "Access to PrEP/PEP".

3.  Become a part of our HIV Clinic

If you know you're HIV-positive and don't currently have a medical provider or aren't happy with the one you do have,  feel free to become a part of the Apicha CHC family.

You can request an appointment here.  Be sure to select appointment type as "Primary Medical Care".