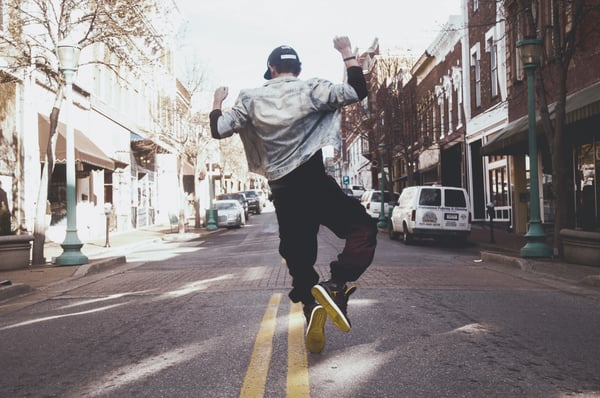 Governor Andrew M. Cuomo today announced new data showing 2018 had the largest decrease in new HIV diagnoses in New York since the launch of the Ending the Epidemic initiative in 2014 and that the Empire State is on track to end the AIDS epidemic by the end of 2020.

New diagnoses for last year reached an all-time low of 2,481 - an 11 percent drop from 2017 and a 28 percent drop since 2014. By comparison, diagnoses decreased by 3.9 percent from 2016 to 2017. The Governor, who is delivering remarks today at the Gay Men's Health Crisis Fall Gala, also announced new data showing almost 32,000 New Yorkers took Pre-Exposure Prophylaxis, or PrEP, in 2018 - an increase of 32 percent from 2017. Facilitating access to PrEP, which reduces the risk of getting HIV from sex by about 99 percent, is a key pillar of the Governor's plan to end AIDS.

"Five years ago we launched an aggressive, nation-leading campaign to end the AIDS epidemic in New York and to ensure every person living with HIV or AIDS gets the support they need to lead a full and healthy life," Governor Cuomo said. "This new data shows we are on track to meet that goal and continue our historic progress to finally bend the curve on an epidemic that has taken too many lives for too long."

"New York has led the way to end the epidemic of AIDS, and our efforts serve as a national model for delivering real results,"said Lieutenant Governor Kathy Hochul. "The HIV/AIDS crisis has taken lives in every corner of our world. Through tireless commitment from governments, non-profits, and activists, we have made tremendous progress - but the fight continues. The significant decrease in new diagnoses shows our efforts to expand the use of PrEP are working, and we are on track to meet our goal. We will keep working to break the stigma and make sure all New Yorkers have the resources and support they need and deserve."

What is Ending the Epidemic?

The Governor's Ending the Epidemic initiative was launched in 2014 to significantly reduce HIV infections by the end of 2020 and achieve the first-ever decrease in HIV prevalence.

The initiative features a three-point plan, which includes identifying people with HIV who remain undiagnosed and linking them to healthcare; linking and retaining people diagnosed with HIV to healthcare and getting them on treatment to maximize HIV virus suppression; and providing access to PrEP for high-risk persons to keep them HIV negative. Governor Cuomo has led the charge to ensure PrEP is affordable for all New Yorkers by requiring health insurance plans to cover the medication without co-pays.

The State has allocated an annual $20 million since 2015 to support the work of the initiative and has spent an estimated $2.2 billion to increase access to care and treatment for HIV. This year, the State awarded $5.6 million over five years for transgender healthcare services, including increased access to HIV services and gender-affirming healthcare for transgender, gender non-conforming and non-binary (TGNC) individuals.

Additionally, New York is the first state in the nation to declare October 20-26 PrEP Awareness Week to highlight that medication is available to safely and effectively prevent HIV, with $175,000 in funding. The Governor led the charge to ensure PrEP is affordable for all New Yorkers by requiring health insurance plans to cover PrEP without co-pays beginning January 1, 2020, ensuring a network of healthcare providers are available to prescribe PrEP, and making education and support services available to link people to this life-saving preventive service.

The number of persons accessing PrEP in New York State continues to increase significantly, and New York leads the nation in the number of people who use PrEP. Nearly 32,000 New Yorkers filled at least one prescription in 2018, which is a 32 percent increase from 2017. In 2014, 3,388 individuals filled at least one prescription.

Our healthcare providers are specialists in HIV prevention, treatment, and care. If you come for testing and remain for care at our community health center, you will receive consistent treatment from a healthcare provider who can attend to all of your health needs including HIV. You can request an appointment here, or click the link below.

There have been new changes to the Federal Public Charge Rule. Here are some important questions...

On Tuesday, May 19, 2020, Apicha Community Health Center is hosting our 30th anniversary benefit, A...