The Media Must Do Better: Reporting the Deaths of Transgender People 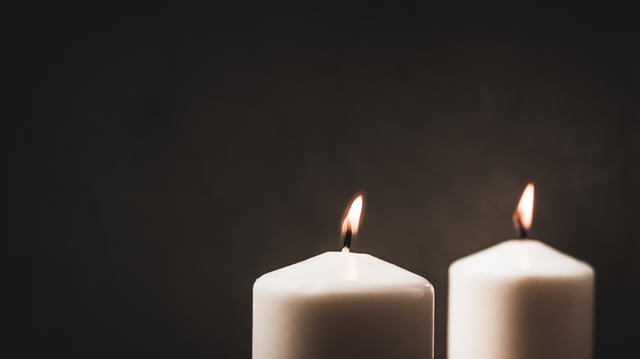 Last year we mourned the lives of the many transgender people that were lost to brutal acts of violence.

In 2017, we continue to confront these tragedies and try to figure out how we can fight against these painful and devastating acts of violence. We know that at least seven transgender women, all of whom are transgender women of color, have been killed. Lives continue to be lost to anti-trans violence and hatred. We must honor the lives lost and fight tirelessly to protect the precious lives of the transgender and gender non-conforming people that light up this world.

Click here to visit the GLAAD page documenting these incidents


The Media Must Do Better

Looking at the list of the women murdered in 2017, you see that Jaquarrius Holland was not identified as a
transgender woman until February 28th, this also meant that a lot of her friends & family had no idea that she was murdered until 9 days after the day she died.

Not only does the misgendering of this woman further marginalize and violence her, but it also creates an even more confusing, painful and devastating experience for her friends, family and community members. One of her friends posted and talked about this: 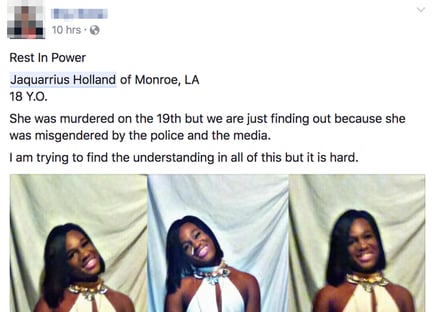 Justice for Jaquarrius begins with honoring her identity, her experience and her life.

Rest in Power and Peace

As the reports of these murders become public  with media coverage, we bare witness to a process that is violencing these people even more: the media's coverage of their murders.

It's something that we must talk about and be diligent about fighting against. The lives that are lost cannot be further invisiblized or disrespected by the media. Dismantling and challenging these system of transphobia, racism and bigotry has a lot to do with confronting the media, because that is how the public is informed of these incidents and how they come to learn about the extreme violence  against transgender people.

GLAAD has provided really powerful resources addressing these issues and working towards more dignified, respectful and humane coverage of these anti-trans hate crimes. They have laid out some of the most pressing issues when it comes to the media's coverage:

Everything to Know for Voting in NYC This Year

Voting is an important part of every citizen's right and civic duty and serves as an opportunity to...

May is National Asian and Pacific Islander (API) Heritage Month, which celebrates and honors the...

Types of Primary Care You Should Know

Primary care is an essential component of staying healthy, and everyone should have a primary care...

10 Reasons Why You Should Get Primary Care

Primary care is an important tool to take care of your health. Getting annual physicals,...