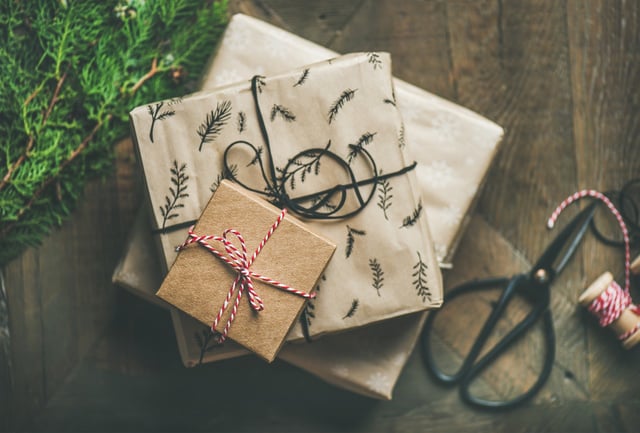 The holidays are arguably one of the best times of the year. As we celebrate and take a break from work and school, many of us spend quality time with our families. However, it's important to note that not everyone has the most positive experience with their family members.

We all know at least one person in our families that is liable to say something racist, misogynistic, or homophobic.

For LGBTQ folks, especially those of color and from immigrant families, the holidays can be extremely tough -- and finding that safe space is really important. It can be hard to keep your holiday cheer and healthy mental state with that sometimes homophobic, less than tolerant, non-affirming family member. While many people do love the holidays, spending time with family who don't accept a person's identity can heavily damage their mental well being and health.

Support from friends, allies, and even use of resources can make a major impact when dealing with homophobic relatives. If you're looking for some general tips, you can check out recommendations from our mental health director here.

Interactions with homophobic relatives can be hurtful, depressing, and triggering -- especially when you "have to play nice" with them. These tense encounters with relatives are never perfect. But this year, consider approaching your close-minded relatives with gifts that make them reconsider their views.

We put together a list of the perfect holiday gift ideas for your homophobic relative that will hopefully make them reconsider and challenge their homophobic and anti-LGBTQ views. And we added a few gag gifts (if you're in the mood) that might put some jingle back in your bells and encourage them to have a silent night.

Yes, this is the title of the book, and is pretty straight forward in telling us what it's about. 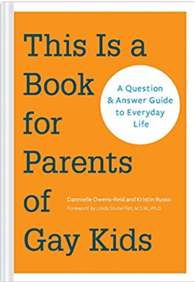 The book, written by Dannielle Owens-Reid and Kristin Russo, is, according to Amazon, "the go-to resource for parents hoping to understand and communicate with their gay child. Through their LGBTQ-oriented site, the authors are uniquely experienced to answer parents' many questions and share insight and guidance on both emotional and practical topics. Filled with real-life experiences from gay kids and parents, this is the book gay kids want their parents to read."

If your parent or parents have an issue with your LGBTQ identity, perhaps offering them a resource to understanding some LGBTQ basics could help. In the words of writer Andrew Smith, "People fear what they don't understand and hate what they can't conquer." So maybe, offering your parents a resource could pave the way for acceptance, even though it's not always that simple.

2. A Coffee Mug With Hidden Figures

At first glance, a coffee mug is just a coffee mug. But looks can be decieving, and if you want to troll your relatives, this mug would do the trick.

Try this cute mug that's covered in doors. They aren't just any doors though, they're closet doors. But wait, there's more! When you pour in a hot beverage, 14 of some of the world's most famous gays proudly emerge. Folks like Michelangelo, Freddie Mercury, Walt Whitman, Oscar Wilde,  and Andy Warhol grace this mug.

Sometimes it can be hard to get relatives to really, really listen. But with a movie, perhaps they can be more open to hearing and seeing the other side. The film "Milk," is a biopic of the life of LGBT rights advocate and pioneer Harvey Milk, the first opening gay elected official in the California. Milk was then tragically murdered by his former colleague in 1978.  Unlike fictional LGBT films, "Milk" is a true story, and is an emotionally powerful film. It may humanize, educated, and force your relatives to reconsider their stance on gay people and the LGBT community.

4. Or, This Cool Print From Their Favorite Horror Movie On Netflix

This gift is just plain cool. The Babadook is an independent Australian movie on Netflix that quickly gained popularity for being an incredibly eerie horror flick with an unforgettable monster.

But ... the joke's on your homophobic relative because the Babadook is apparently gay. The top-hatted monster has been hailed as an LGBTQ figure in corners of social media since it was accidentally placed in the LGBTQ section on Netflix.

5. The Gift That Keeps On Giving

So, consider donating to your favorite health care organization or LGBTQ+ charity or advocacy group in the name in of your homophobic relative. Who can be mad at charity?

Reaves questioned everything she believed about homosexuality when her best friend came out. In order to try and find the answers to these questions, Emily spent three years talking to people in the LGBT community. The book is honest, light-hearted, and thought-provoking -- which could help your conservative relative see things differently.

If you want other thought-provoking stories that relate to religion and homosexuality, you can find more here.