New York Knows- the nation’s largest jurisdictional HIV testing initiative- is hosting their second annual HIV Testing Day at Union Square Park on June 27th from 5:00pm to 8:30pm. This free event is open to the community and attendees will have access to free HIV testing and testing for hepatitis C and other sexually transmitted infections (STIs). Health insurance screening, blood pressure screening, and nutritional information will also be available at no cost. 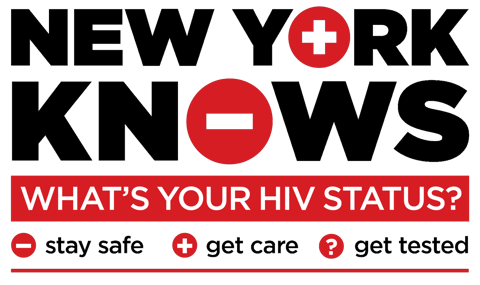 This event is being hosted in honor of National HIV Testing Day and the commitment to offering access to testing for marginalized and under represented populations in New York, who are also the most at-risk for infection.

Ventanilla de Salud Móvil, a health program of the Mexican Consulate and Coalicion Mexicana, has partnered with the Latino Commission on AIDS' Oasis LGBT Wellness Center to provide testing and health information to Spanish speaking communities during the event, as well.

Acting Assistant Commissioner of NYC Health Department’s Bureau of HIV/AIDS Prevention and Control, Dr. Bisrat Abraham, encourages all New Yorkers to know their status and take advantage of this opportunity to spread the word and connect New Yorkers with the services and programming the Health Department and community organizations offer.

"The first step in NYC Health Department’s status neutral approach to HIV prevention and care is to get tested,” said Dr. Abraham.

In December of 2015, the Health Department launched PlaySure – a novel health marketing campaign to prevent HIV and other STIs. These sex-positive campaigns aim to reach all New Yorkers and encourage them to choose their preferred HIV and STI prevention tools, regardless of their HIV status. The Health Department developed an innovative safer sex toolkit, the #PlaySure Kit to go along with these efforts.

The #PlaySure Kit can hold everything New Yorkers need to play sure – condoms, lubricant, and their preferred prevention pill (PrEP, PEP, or HIV meds). Nearly 135,000 kits have been distributed to New Yorkers since World AIDS Day 2015, when it was originally unveiled. The kit helps New Yorkers design a safer sex plan that fits their sex lives and safer sex practices.

#PlaySure Kits are available for free at the Sexual Health Clinics as well as participating community-based organizations and many community events throughout the year. Distribution locations are also available by calling 311.

Last December, to mark World AIDS Day, the Health Department released its 2015 data which showed that the annual number of new HIV diagnoses in New York City fell below 2,500 for the first time since HIV case reporting began in New York State.

Following the #PlaySure Campaign, they also announced the Stay Sure media campaign, which promotes different HIV prevention options including use of daily PrEP, emergency PEP, and condoms (for STI and HIV prevention). The campaign also encourages New Yorkers living with HIV and those on PrEP to stay engaged in care and treatment/prevention.

The Health Department and its partners distributed more than 38 million condoms at 3,500 diverse locations in New York City in 2016, including bars, clubs, restaurants, nail salons, barber shops, hospitals, clinics, and community-based organizations. Condoms are highly effective in preventing unintended pregnancies and offer effective protection against most STIs, including HIV, if used correctly.

By increasing the availability of condoms, these efforts have contributed to citywide declines in teen pregnancy rates, STI rates, and HIV rates. To find free NYC Condoms, call 311 or visit nyc.gov/condoms. To learn more about condom use and sexual health or to download the free NYC Condom Finder app, please visit their Facebook page.

There have been new changes to the Federal Public Charge Rule. Here are some important questions...

On Tuesday, May 19, 2020, Apicha Community Health Center is hosting our 30th anniversary benefit, A...