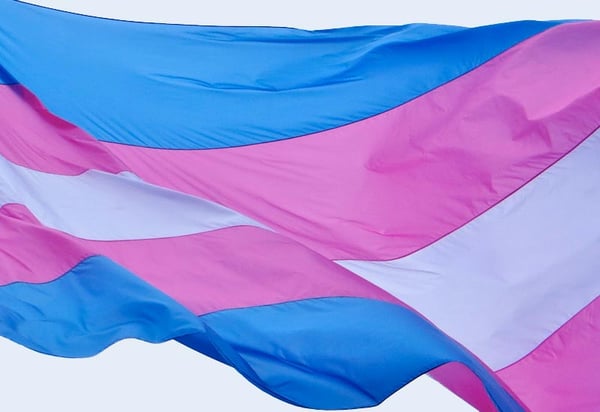 In anticipation of the federal government's rollback of a key provision of the Affordable Care Act, Governor Cuomo has directed the New York State Department of Health to issue regulations prohibiting health care providers from discriminating against transgender patients. Governor Cuomo also directed the New York State Department of Financial Services to issue regulations expanding the scope of anti-discrimination protections for transgender individuals when it comes to accessing health insurance, and to issue a circular letter reminding industry participants that discrimination on the basis of gender identity is already prohibited in New York in certain policies.

"New York was founded upon the principles of fairness and equality and we won't stand idly by while Washington seeks to claw back hard-earned rights and protections,"Governor Cuomo said. "For every step the Trump Administration takes backwards, New York will take two steps forward, and these regulations will guarantee and expand protections for transgender New Yorkers to help ensure every resident has equal access to health care."

As a result, the Governor has directed the State Department of Health to issue a regulation requiring all hospitals in the state to update their statements of patient rights to prohibit discrimination against transgender patients. The current regulations do not include such a requirement. In 2016, the New York State Division of Human Rights (DHR) adopted regulations clarifying that the Human Rights Law protects transgender New Yorkers from discrimination because sex discrimination includes gender identity discrimination. The DOH's current regulation builds on and strengthens DHR's previous actions to now require hospitals to affirmatively inform patients of their rights.

In addition, Governor Cuomo has directed the State Department of Financial Services (DFS) to issue new regulations to expand the scope of anti-discrimination protections for transgender individuals seeking access to health insurance beyond the ACA's prior protections. The ACA previously protected transgender individuals from discrimination in individual and small group health insurance policies, but did not provide protection with respect to large group policies. Today, DFS will propose a regulation prohibiting discrimination on the basis of gender identity in the administration of large group policies.

DFS is also issuing a circular letter reminding industry participants that discrimination on the basis of gender identity is already prohibited in New York in individual and small group policies. DFS issued regulations in 2017 ensuring that the full scope of the ACA's anti-discrimination protections would be preserved and protected in New York, regardless of future actions taken by the Federal administration in Washington.

Finally, the Division of Human Rights today is issuing a public fact sheet reminding New Yorkers that the New York State Human Rights Law specifically applies to hospitals and prohibits discrimination on the basis of gender identity. DHR administers and enforces the Human Rights Law, and any individuals who believe they have been discriminated against are encouraged to contact the using DHR contact information listed below.

Unlawful discrimination on the grounds of gender identity by a hospital may include:

Department of Health Commissioner Howard Zucker said, "There is no place in the health care delivery system for discrimination of any kind. New York State stands with transgender people and in opposition to any action to limit their rights to high-quality medical care."

Division of Human Rights Commissioner Helen Diane Foster said, "Transgender New Yorkers deserve the same level of medical care as anyone else. Hospitals and medical workers who deny them that access or otherwise harass or discriminate against them will be prosecuted under the Human Rights Law."

Senator Neil Breslin said, "It is of the utmost importance that all New Yorkers have access to health services and resources. To ensure the next generation of leaders thrives in this great state, Governor Cuomo is taking necessary action that does not discriminate, but delivers health care to all. I commend the actions taken today, as they will lay the foundation for a better tomorrow."

New York City Lesbian, Gay, Bisexual & Transgender Community Center Executive Director Glennda Testone said, "I applaud the Governor's efforts to counter damaging actions the federal government has threatened to make against our community. Under his leadership, New Yorkers will not be stripped of their health care rights and will have access to the resources and assistance needed to lead quality lives in the greatest state there is. I am proud of how far New York has come, and these actions today build on the history this state has already made in ensuring equality for all."

New York Civil Liberties Union Executive Director Donna Lieberman said, "These measures are an important step to ensure that all New Yorkers can access the health care they need, regardless of gender identity. As the Trump administration continues its attack on the dignity and health of trans people, New York is once again stepping up, as it must, to protect all New Yorkers."

New York Transgender Advocacy Group Executive Director Kiara St. James said, "In New York, we are lucky to have a tireless leader that has fought for the rights of every single resident in this state, and this latest action ensures that basic and critical health care services will be provided to everyone, regardless of gender identity. I commend Governor Cuomo for proposing regulations that will deter intolerable and discriminatory business practices by insurance companies in the Empire State, and secure New York's place as a beacon of hope and acceptance for all."

The complaint will be investigated by the Division, and if the Division finds probable cause to believe discrimination has occurred, the case will be sent to a public hearing. There is no fee charged for these services.

In October 2015, Governor Cuomo introduced regulations through the New York State Human Rights Law that unequivocally ban harassment and discrimination against transgender people. These regulations affirm that all transgender individuals are protected under the State's Human Rights Law, and all public and private employers, housing providers, businesses, creditors and others should know that discrimination against transgender persons is unlawful and will not be tolerated anywhere in the State of New York. This was the first time that any Governor has issued statewide regulations to prohibit harassment and discrimination on the basis of gender identity, transgender status or gender dysphoria.