Everything You Need to Know to Vote in NYC 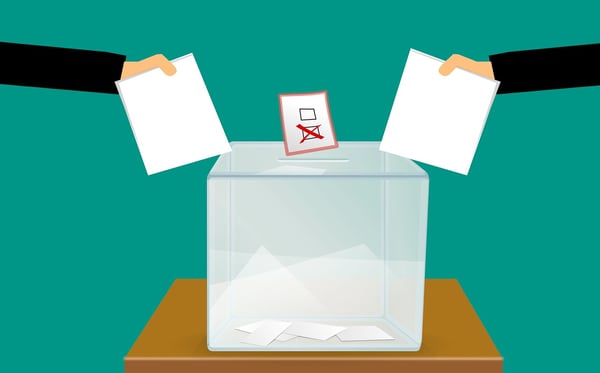 Election season is fast-approaching. That means it's time to get ready to vote!

Voting is an important part of a democracy, and can make a big impact on your quality of life, especially in New York City. This year there are both primaries and a general election at both national and state levels. In this blog, we've outlined all the information you need to make sure you get out and vote.

Elections will be held on these two dates:

This day is for primary elections. A primary election is an election in which registered voters select a candidate that they believe should be a political party's candidate for elected office to run in the general election. Individuals in New York State will vote on candidates, depending on their political party, for: governor, lieutenant governor, attorney general, state legislature representatives, and state senate representatives. The candidates selected in the primaries will then run in the general election on November 6.

What are primary elections?

What time can I vote?

For general elections (federal/national), polls are open from 6 a.m. to 9 p.m.

How do I know if I can vote?

To vote in New York, one must be a United States citizen who will be 18 years old by the date of the next election. Also, a voter must have lived at his or her present address for at least 30 days prior to the election. A voter can request a registration application in person at the county board of election or any New York state agency-based voter registration center. Forms are also available by mail, by telephone, or online.

Can I register to vote online?

When is the deadline to register to vote?

Do I need my ID to vote at the polls?

No. In the state of New York a voter does not need to present their ID in order to vote.