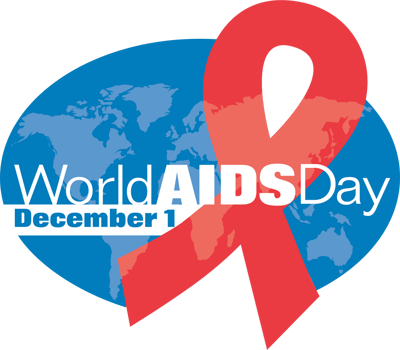 World AIDS Day (WAD) is December 1, a day to unite against HIV, support those battling HIV, and commemorate those who have died from an AIDS-related illness.

Although we commemorate World AIDS Day every year, this year is different. Marginalized communities, many of which have historically suffered from higher rates of HIV, have been hit particularly hard by COVID-19.

Please see below for event info, and read on to learn about World AIDS Day and Apicha CHC's commitment to ending the epidemic. New York State and New York City will be hosting two virtual events,  which will include our CEO Therese Rodriguez as a guest speaker. You can watch her closing remarks below.

New York State and New York City will be hosting two virtual events. On Tuesday, December 1, the NYS Department of Health and AIDS Institute will be hosting a join World AIDS Day and Ending the Epidemic Summit. Apicha CHC's CEO, Therese Rodriguez, will be featured as a speaker during the summit.

On Tuesday, December 1, join Apicha CHC, other public health organizations, and fellow New Yorkers virtually honoring and remembering those who are living with and affected by HIV/AIDS, and to celebrate the progress that's been made toward ending the epidemic. This year's theme is "Extraordinary Measures in the Face of Two Pandemics." Guest speakers will include HIV activists, health care workers, people living with HIV, local leadership from HIV service organizations, and leadership from the NYC Department of Health and Mental Hygiene and the NYS Department of Health. :

Although the virus was first named in 1981, World AIDS Day began in 1988. It is also the first-ever world health day.

A hopeful future becoming a reality

In October 2017, the Centers for Disease Control released a historic statement, formally declaring people who are living with HIV and are undetectable do not pose a risk of transmitting HIV. Not only does the CDC's statement build a strong case for the use of PrEP--regardless of a person's HIV status--it helps break down the stigma associated with folks living with HIV.

Apicha Community Health Center was formerly– Asian and Pacific Islander Coalition on HIV/AIDS. It was founded in 1989 when A&PIs, along with the Native American Indians, were in the “Other” category of AIDS surveillance data. Gay activists and civil rights advocates from both communities marched on Washington, DC and successfully convinced the federal government to add two columns in the census count – A&PI and American Indian and Native Alaskan.

As Apicha CHC expands its services, we continue to serve our legacy populations: people living with HIV/AIDS, A&PIs, and the LGBT community. Nowhere is this more apparent than in our work to End the HIV/AIDS Epidemic (ETE). In 2016, Apicha CHC worked tirelessly to meet the goals outlined in Governor Cuomo’s three-pillar ETE plan. Apicha CHC excels in all three pillars: 1) diagnosing people with HIV and linking them to care; 2) retaining them care and getting them virally load suppressed; and 3) facilitating access to PREP/PEP for people who are high-risk HIV-negative.