In the last several years the transgender community has gained more mainstream attention. Television shows such as Orange is the New Black and Transparent feature the stories of trans individuals and their lives.

The media has also paid more attention to trans teenagers suffering from depression and the alarming trend of the murder of trans* women.

Even though people are becoming more aware of the lives of the trans community, there are still many misconceptions about the community and the challenges trans* people face.

Apicha Community Health Center has learned a lot about the needs of the trans community by creating and growing its Trans Health Clinic. Apicha CHC is very proud to serve nearly 300 trans-identified clients. 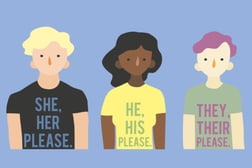 For this reason, we wanted to write a series of blog posts exploring some of the common challenges of the trans community.

The Struggles of Gender Dysphoria

In the Diagnostic and Statistical Manual of Mental Disorders (DSM-5), gender dysphoria is defined as a person whose gender at birth is contrary to the one they identify with.

“Dysphoria” is more easily understood as a feeling of unwellness or unhappiness and can be manifested in many ways that are detrimental to both mental health and everyday life. People struggling with gender dysphoria often have feelings of isolation, anxiety, and depression.

Are you looking for a trans health care provider? Request an appointment

Sometimes the belief that a trans person isn’t meeting societal and cultural expectations can make these feelings more intense. While growing up, trans people sometimes feel pressure to adhere to gender 'norms'. People born as boys are frequently discouraged from doing “girl” things like wearing dresses and playing with dolls, and, instead, act more manly.

People born as girls are discouraged from rough housing and maybe even playing sports. Pretending to be something you’re not and feeling like you don’t belong can have a very negative psychological impact.

Increased Rates of Depression and Anxiety

A trans person usually learns early in life that they are different. Whether these differences are accepted by family and friends influences how the individual feels about themselves. Reactions of parents, siblings, schoolmates, teachers, and others all contribute to how the individual regards themselves. Depression and anxiety, two of the most common challenges of the trans communtity, has many causes. 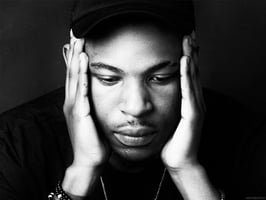 When looking at the number of trans people with mental health issues you can quickly see the unspeakable effects of social marginalization. In addition to the issues related to gender norms, trans people are constantly aware of their appearance – how they look may raise questions about their gender. Similar to attention surrounding appearance, trans people must continuously make an effort to sound, or have a voice, like their preferred gender, which is mentally exhausting.

Trans people are constantly addressed by the wrong pronoun and can either choose to correct people for using the wrong pronoun or let it go. Trans individuals experience increased stress during day-to-day activities.

For example, choosing to use the men’s or women’s bathroom is an obvious choice for most people. For trans individuals, the choice of bathroom may result in stares or even aggressive behavior on the part of others in the bathroom.

For far too many, this stress is more than they can handle. According to tgmentalhealth.com , transgender adults are much more likely to have suicidal thoughts. They report that some 50% of adults reported some sort of suicidal ideation. Recent suicides of transgender teenagers have received national attention, focusing on their struggles with depression and isolation and challenges of the trans community.

At Apicha CHC we’re doing what we can to reduce transphobia and make lives for people going through transition easier. That process will be frustratingly slow, but in the meantime we’re helping our patients who show signs of depression, anxiety, and other mental health issues in any patient--Apicha CHC has mental health staff on site, ready to help! We are firm believers in the importance of mental health to our overall health and happiness.

If you’re trans and looking for a doctor in New York City, make an appointment today by clicking here.