Challenges of the Trans Community: Homelessness

This post is part of an ongoing series that examines issues affecting the trans community. For a previous post, go here. 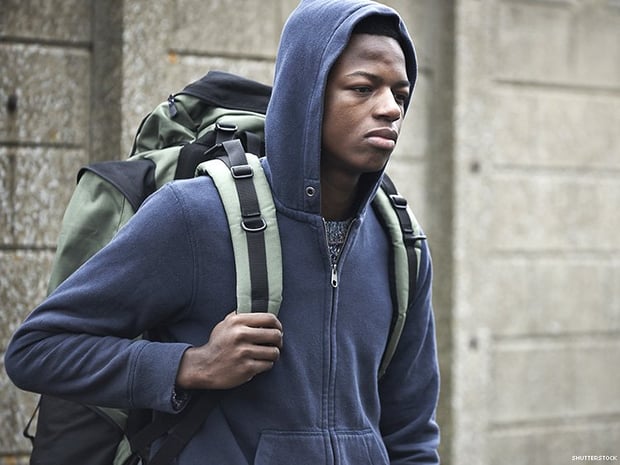 A serious issue affecting the transgender community, particularly the younger members, is homelessness.

According to a federal study on gay and trans homeless youth, homelessness disrupts a young person’s normal development, often leading to issues in mental and physical health, educational attainment, and behavior.

What are the reasons for the higher risks and rate in the trans* community, and what are some resources and solutions to work towards fixing this problem?

It is estimated that there are between 1.6 million to 2.8 million homeless youth in the U.S. Of that number, 20 to 40% of homeless youth are gay or transgender, compared to only 5 to 10% of the overall youth population, which is why this is one of the challenges of the trans* community.

Trans youth have a higher risk and vulnerability to becoming homeless because of several factors. These include abuse, neglect, and familial rejection due to sexual orientation or gender identity.

Once trans youth are homeless, they face further obstacles: many run away or are removed from foster car placement due to discrimination related to their sexual or gender identity.

Have you been searching for a trans*care provider? Request an appointment

Often, social services and homeless shelters fail to culturally and appropriately serve them, such as denying them shelter, or placing them in a gendered space they do not identify with.

The statistics paint a stark story: 13.5 is the average age that transgender youth in New York become homeless. And 62% is the portion of homeless gay and transgender youth who attempt suicide, compared to 29% of their heterosexual homeless peers.

Strides have been made to help raise awareness and enact positive changes in helping the trans homeless population.

The National Center for Transgender Equality works with both federal and state agencies to help ensure that trans people are not discriminated in housing and homeless services, and HUD has required grantees, including homeless shelters, to abide by state and local nondiscrimination rules.

The Administration for Children and Families issued the largest ever LGBT focused federal grant to develop a model program to support LGBT foster youth and prevent them from experiencing or returning to homelessness.

In New York City, there are a few great resources for homeless trans youth. Among them is the Ali Forney Center. The Ali Forney Center offers a drop-in Crisis Shelter, Emergency Housing and Transitional Housing for LGBT youth. The transitional housing offers a place for young people to reside for up to two years, while they maintain employment, continue their education and prepare for living on their own.

There is also the True Colors Fund, whose mission is to end homelessness among lesbian, gay, bisexual, and transgender youth, creating a world in which young people can be their true selves. The singer Cyndi Lauper is a co-founder and board member. The Fund has programs such as the Forty to None Project, which campaigns to raise awareness about youth homelessness.

In addition to those resources, every second and fourth Tuesday of the month, Apicha CHC offers a Trans Health Clinic, to communities of color in an affirming environment.

Our Trans Health services include:

In addition to those Health services, the Clinic also offers closed group sessions on topics such as transitioning and relationships. To sign up for our Trans Orientation Session, call 212-334-6029.