For Apicha Community Health Center (CHC), 2016 was a year to deepen our roots in the communities we serve.

It was a successful year for continuing to create open, inclusive and supportive spaces and making positive impacts to the health and well being in people living in New York and around the world.   As we reflect on the past year and plan for the year ahead, we want to share these significant moments that reflect the different ways we have shown-up for our community.

At the 2015 gala, Apicha CHC’s CEO, Therese Rodriguez, announced the dream of opening a second site in Jackson Heights, Queens. Since that time we secured funding for the project, found a site, and signed a lease. In short, the dream is becoming a reality and the Apicha CHC’s Jackson Heights site will offer primary care for adults and children, dental, mental health,  life-stabilizing support services, and an LGBT community meeting room where we will engage with our community! 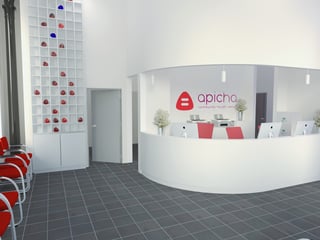 We’ve outgrown our beloved clinic on the 4th floor and have expanded to the first floor and cellar. Our patient growth since becoming an FQHC has been significant, and we have been especially successful in serving low-income people, people of color, and LGBQ and transgender communities.

The clinic expansion allows us to help more members of our community and the new pharmacy allows us add additional convenience for our patients. All of our staff are thrilled about being able to serve even more of our NYC community and increase our capacity to further the work we are committed to doing.

We want to acknowledge the construction financing in partnership with the Primary Care Development Corporation for 1.6 million dollars.  And, we want to thank The H. van Ameringen Foundation and New York City Council Members Margaret Chin, Daniel Dromm, and Corey Johnson for helping make outfitting clinic expansion at 400 Broadway possible.

Over the past year, Apicha CHC has had the privilege of collaborating with Pia Alonzo Wurtzbach, Miss Universe 2015.  Wurtzbach initially met with our CEO Therese R. Rodriguez last January when Wurtzbach was getting to know the various HIV advocacy organizations in NYC.  Pia was impressed with Apicha CHC and chose to work with us throughout the year to spread the word about the importance of HIV testing and we provided her with HIV advocacy training.

To kick off the partnership, Apicha honored her at our annual gala, giving her a platform to discuss the Philippine's dire HIV/AIDS crisis. Wurtzbach also had her first HIV test at Apicha CHC during a public testing event on June 27th, National HIV Testing Day, intended to destigmatize testing around the globe.

Recently, Apicha CHC collaborated with Wurtzbach to create a video in which she shares the importance of getting tested for HIV. Our collaboration incited an important moment in HIV/AIDS advocacy. Because of Ms. Wurtzbach’s role as a global figure, this was an opportunity to have a global influence in our outreach efforts. We want to encourage all people to get tested and having a person of such prominence advocating for our cause was truly pivotal in expanding our platform. 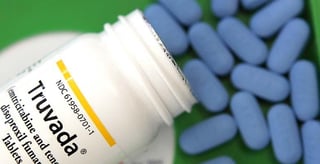 Apicha CHC has been an active participant in Governor Andrew Cuomo's plan to End the HIV/AIDS Epidemic by 2020.  An important aspect of this project is increasing access to PrEP, or pre-exposure prophylaxis -- the revolutionary biomedical prevention method that is a critical tool in preventing the spread of HIV.

To accomplish this goal, Apicha CHC established a PrEP case management program that is comprised of a PrEP Coordinator and our PrEP Navigators who help patients secure insurance and assistance paying for the drug, provide education about PrEP and sexual health education, and help coordinate prescriptions and the appointments to Apicha CHC's providers.  These services help our PrEP patients remain and thrive in care.

This program was created with funding from the New York City Department of Health and Mental Hygiene, Bureau of HIV/AIDS Prevention and Control, and New York State’s AIDS Institute.

It is amazing to watch a program flourish and have such positive impact on so many people, we are excited  to watch the PrEP Program continue to grow.

Good health outcomes for people living with HIV/AIDS is a crucial part of the solution  for ending the AIDS epidemic in New York State by 2020.  We are proud to be a partner in this endeavor.

At our NYC medical clinic in 2016, 91% of our HIV+ patients suppressed their viral loads (VLS). Our HIV-positive patients are regularly coming in for care, finding medications that work for them, and achieving what's called viral load suppression (VLS). VLS is when the amount of the HIV virus in someone’s blood drops to undetectable levels.

With a supressed viral load, people with HIV remain healthier and have a greatly decreased chance of passing on the virus.

This is an amazing achievement and we are so proud of our patients and care providers. To achieve this success, we offer a number of support services that make these successes possible and we are constantly improving social and cultural competence and education to destigmatize HIV.

As a health care provider, Apicha CHC does not only pay attention to the physical condition, but also the mental well-being of our community.  With this in mind, we respond to traumatic incidents that effect our community.

Last year  Apicha CHC’s staff, patients, and communities were shaken by the massacre that occurred June 12, 2016. We are deeply saddened and continue to carry the victims of the massacre in our hearts as we move forward in this struggle for equality and justice.

To address our community’s grief Apicha CHC utilized the newest technologies to widen our reach to help our community. Our digital platform enabled us to write a blog that shared mental health techniques for coping with disaster. The blog reached 17,200 people on Facebook and was shared 56 times. It resulted in 1,156 visitors to our website to read the tips.

As a community health center, we strive to support our community in all aspects of health. This is especially important in times of tragedy. We needed to make sure that all members of our community felt supported, so we created spaces of support online, as well as in our health center.

Back in 2012, Edward was living in Texas where he went to the hospital and was diagnosed with Hepatitis B. He had a bad reaction to the medication they gave him and quit taking it. Shortly after, he made his way New York City with his disease untreated.

In 2013, he was living in a homeless shelter where Apicha CHC’s insurance enrollment staff was doing outreach. He enrolled in health insurance and that same staff member was able to quickly get him into Apicha’s NYC medical clinic. He saw Sara Ponce, FNP, and told her everything he had been through. They did blood tests and Sara put him on the appropriate medication that worked much better than what he had originally been prescribed.

Since that time, Edward used multiple services at Apicha CHC: he receives mental health services from Jun Matsuyoshi, LMSW, and Dr. Dickson Jean; he enrolled in SNAP; and his case manager accompanied him to the HRA office to make sure he kept his insurance.

In Edward’s words, “I am pleased with all the staff. [They] always have a smile and they’re professional. The clinic right now is like my family. [Apicha CHC] saved my life.”