2015 was Apicha Community Health Center's twenty-fifth anniversary and what a year it was!  As the year winds down we wanted to share some of the accomplishments that made us very proud.

On August 11th, 2015,  Apicha CHC received the wonderful news that we received a New Access Point (NAP) Award  from the Health Resources and Services Administration (HRSA), which included our full Federally Qualified Health Center (FQHC) designation.  This event marks the completion of a journey that began in 2010, when Apicha CHC first applied for full designation.

In addition to the funding associated with NAP Award, Apicha CHC  is now eligible for Federal Tort Claims Act medical malpractice insurance and enhanced Medicaid/Medicare rates.  We also became eligible for supplemental HRSA funding, awarded to improve access to services, quality of care, and clinical outcomes for health centers, capital investments and Health Information Technology incentive payments. These grants will improve Apicha CHC’s prospect for long-term sustainability and turn dreams for the future into a reality.   Read all about it here.

On January 24, 2015, The Queens Lesbian and Gay Pride Committee honored Therese R. Rodriguez, Apicha CHC’s CEO, for her contributions to the LGBT movement at its Winter Pride Dinner Dance held in Astoria World Manor in Astoria, Queens. The award was presented by Marjorie Hill, now CEO of the Joseph Addabo Community Health Center. In her speech, Rodriguez thanked the Committee by saying, “In honoring me, you honor Apicha CHC’s 25 years of culturally competent service to the LGBT community and its abiding belief in health as the physical, mental, emotional, spiritual wellbeing of an individual.” 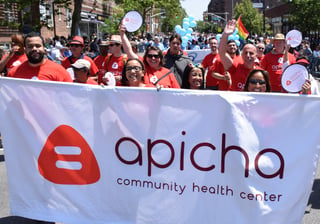 Motivated by Therese’s speech at Winter Pride and bringing Apicha CHC’s model of care to the borough, Queens Pride chose Apicha CHC as one of the Marshals for their 2015 Pride Parade. In choosing Apicha CHC as one of its Grand Marshals, Queens Pride stated, “We are very supportive of Apicha’s work in Queens and the idea of an Apicha run health center that could be based in Jackson Heights is something we strongly support”. Read more here. 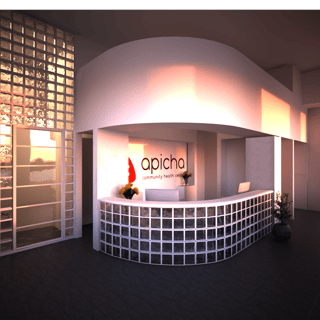 We’re excited to announce we are renovating the storefront space and part of the cellar, so more patients will be able to join the Apicha CHC family.  We think you’ll find our space much more accessible when construction is done. The storefront will be home to the reception/waiting area and seven additional exam rooms. The basement will have more confidential rooms, which will serve many non-examination needs, and an in-house pharmacy.

The new clinic space will be seamlessly combined with the existing clinic on the 4th floor, which will still be accessible by the elevator.  Once finished, we will have a total of 13 exam rooms and 8 confidential rooms at 400 Broadway—more than doubling our current space!  Click here for more information.

Reaching viral suppression means that the amount of HIV in your blood is very low. Keeping HIV at this low level helps you to stay healthy, live longer, and greatly reduces your chances of passing HIV to others. Apicha CHC takes pride in achieving viral suppression rates three times higher than the nationwide average and we remain committed to providing our patients with the best healthcare. 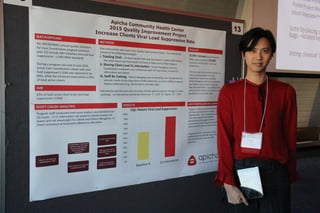 Apicha CHC is proud to announce that our Care Coordination program was awarded 2nd place as Most Adaptable Quality Improvement Project from the New York City Department of Health and Mental Hygiene (Ryan White Part A). This project showed how it may be possible to replicate Apicha CHC’s Viral Load Suppression success by utilizing tracking tools when reviewing patients viral load reports and implementing case conferencing and antiretroviral medication adherence when necessary.   Congratulations to all of Apicha CHC’s Care Coordination Program staff in leading the way in the fight against HIV/AIDS.

On April 29, 2015, Governor Andrew M. Cuomo announced his blueprint to end the HIV/AIDS epidemic in New York State by 2020.  An important part of this plan is providing people who are at high risk for contracting the disease with PrEP, the HIV prevention pill.   The CDC confirmed the importance of PrEP as HIV prevention when it released its report in November 2015 recommending 1 in 4 gay men should take the drug.  Apicha CHC is proud to be providing PrEP to over 300 of its patients.  Below is a look at the demographics our patients utilizing this HIV prevention tool.

This year, Apicha CHC’s Supplemental Food Assistance Program (SNAP) provided members of our community with much needed support, to give you an idea of the impact this program makes we wanted to share a story with you.   A woman immigrated to NYC and has been working hard as a health service worker to support both her young daughter and her elderly mother.  She earns a little less than $200 every week.  Because she wasn’t earning enough, she has had to choose between paying her rent and food for her family.  One of Apicha’s Care Managers started working with her, and referred her to meet Katherine, a Nutrition Outreach and Education Program (NOEP) Coordinator for Apicha.  Katherine found out that she had already applied for Supplemental Nutrition Assistance Program (SNAP), but she was only receiving $50.  Katherine advocated for her and was able to get more than $264 per month for her family.  She no longer needs to choose between rent or food for her family.

In 2015, the Trans* Health Clinic (THC) added around 130 additional Trans*-identified patients, bringing the total to around 400.  Apicha CHC is proud of its work in the trans* community, and look forward to our trans* population continuing to grow in the upcoming year.

2016 promises to be just as remarkable.  As we look ahead to next year we eagerly anticipate the completion of our clinic renovation 400 Broadway, finalizing the plans to open a second location in Queens, and providing care to more New Yorkers than ever before.

To ensure these goals become a reality, we need your support.  Please considering making a donation to Apicha Community Health Center today.

All of us at Apicha wish you a very happy holiday season and a peaceful and prosperous New Year.