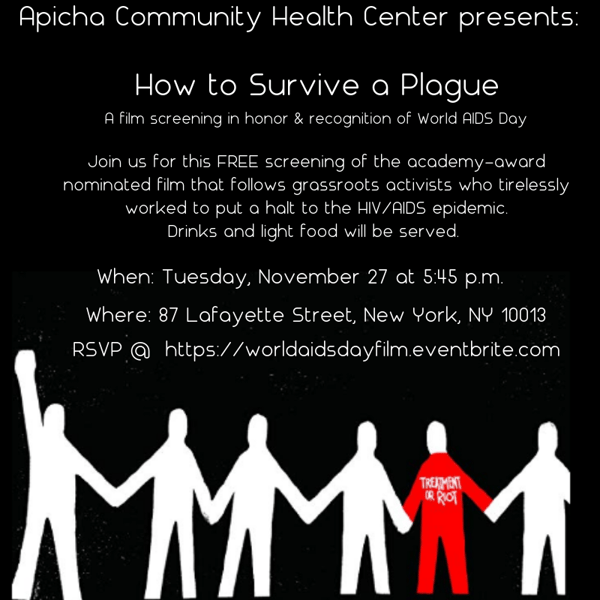 You're invited to a special event in honor of World AIDS Day!

Did you know World AIDS Day is Saturday, December 1st? Each year on this day, people around the globe honor, celebrate, and mobilize for those who have been affected by and are living with HIV/AIDS.

On November 27, Apicha CHC will host a FREE special film screening of the academy award-nominated film "How to Survive a Plague," which follows the grassroots movement activists who tirelessly worked to put a halt to the HIV/AIDS epidemic. These men and women, many of whom were battling HIV/AIDS themselves, pushed scientific research that helped develop the drugs that made living with HIV/AIDS manageable .

Drinks and light food will be served. Please join us!

What: A film screening of "How to Survive a Plague"

You can RSVP for the event here: https://worldaidsdayfilm.eventbrite.com/