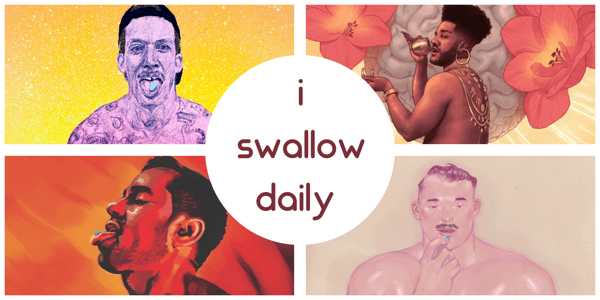 This year at the 22nd International AIDS Conference in Amsterdam, Apicha CHC was featured in a gallery showcasing PrEP/PEP artwork. 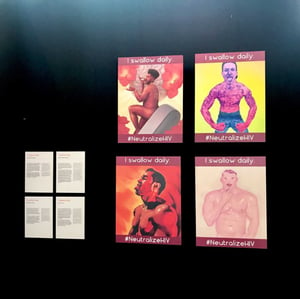 Apicha CHC's "I Swallow Daily" campaign was displayed in an exhibit at the conference that focused on access and awareness to PrEP and PEP. The artwork, commissioned by various New York City-based artists, aims to break stigma around HIV status and enhance public awareness of PrEP and PEP.PrEP is an HIV prevention method for people who are HIV-negative to use in order to decrease the risk of becoming infected if they are exposed to the HIV virus. PrEP has been approved by the FDA and is shown to be safe and effective. You can view and read more about the artwork here.

The International AIDS Conference is the largest public health organization in the world. Each year, health organizations, communities, and leaders attend the conference, where it continues to provide a unique space to discuss the intersection of science, advocacy, and human rights. Public figures like England's Prince Harry and Sir Elton John also attended the conference to advocate ending HIV/AIDS.

This year's theme, "Breaking Barriers, Building Bridges," was focused on drawing attention to the need of rights-based approaches to more effectively reach key populations, including in Eastern Europe and Central Asia and the North-African/Middle Eastern regions where epidemics are growing.

AIDS 2018 aims to promote human rights based and evidence-informed HIV responses that are tailored to the needs of particularly vulnerable communities -- including people living with HIV, displaced populations, men who have sex with men, people in closed settings, people who use drugs, sex workers, transgender people, women and girls and young people--and collaborate in fighting the disease beyond country borders.

In addition to being featured at the International AIDS Conference, Apicha's artwork gained traction and was include on Grindr's Instagram story. We're proud of the work we do!