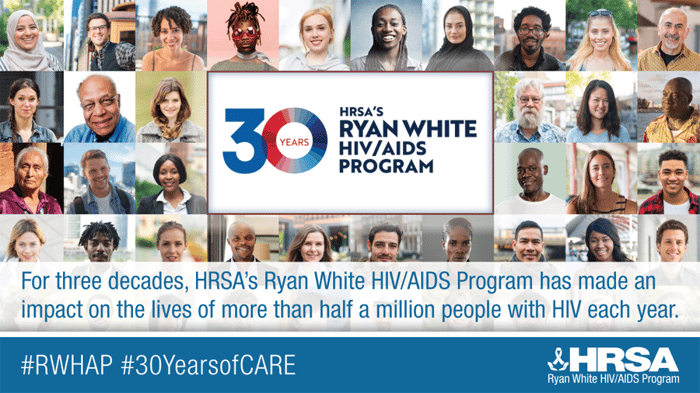 "The Ryan White HIV/AIDS Program is a key part of the Administration's Ending the HIV Epidemic: A Plan for America, a 10-year initiative that aims to reduce new HIV infections in the United States by 90 percent by 2030," said HRSA Administrator Tom Engels. "During the COVID-19 pandemic, the program remains committed to providing lifesaving services to the nation's most vulnerable populations, including people with HIV."

The Ryan White HIV/AIDS Program provides care and treatment services to low-income people with HIV—who are among the hardest to reach populations. The program serves approximately half of all Americans diagnosed with HIV in the United States. In 2018, approximately 87.1 percent of Ryan White HIV/AIDS Program clients who received HIV medical care were virally suppressed, up from 69.5 percent in 2010.

Early in the HIV epidemic, HRSA and the Ryan White HIV/AIDS Program led on the frontlines in addressing the critical needs of people with HIV to reduce stigma and train providers to deliver culturally-appropriate HIV care and treatment. HRSA remains committed to addressing health disparities in underserved communities and to ensuring access to and retention in quality, integrated care, and treatment services for all people with HIV.

The program was named for a courageous young man diagnosed with AIDS in 1984. Ryan White fought AIDS-related discrimination in his Indiana community while fighting for his right to attend school and by doing so educated the nation about his disease. Ryan White died only months before Congress passed the legislation in 1990.

The Ryan White CARE Act has been reauthorized four times and has accommodated new and emerging needs of people with HIV as well as addressed disparities in access to care to improve HIV-related health outcomes.

For more information on the Ending the HIV Epidemic initiative, visit https://www.hiv.gov/federal-response/ending-the-hiv-epidemic/overview.

When a person is struggling with their mental health, it is not only extremely difficult on them,...

4 Things to Know About Getting the COVID-19 Vaccine (Multilingual)

English Want to get vaccinated, but have questions or don’t know where to go?Apicha CHC has...

What is International Non-Binary People's Day? Every year on July 14, the LGBTQIA+ community and...

It's been a long year, and we are finally seeing the light at the end of the tunnel. COVID-19...