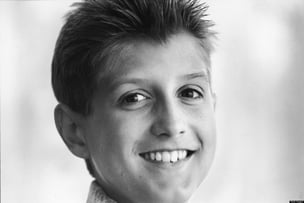 Not everyone may know the significance of this, but for a large part of the population, the CARE Act has made a life-changing impact on their lives.

For those readers who may not know how or why the Ryan White CARE Act is so important to our nation, here is some background to fill you in.

The program was named for a courageous young man diagnosed with AIDS following a blood transfusion. Ryan White fought AIDS-related discrimination in his Indiana community and educated the nation about his disease. He died only months before Congress passed the legislation in 1990.

On August 18, 1990, President Bush signed the groundbreaking Ryan White CARE Act that passed Congress with overwhelmingly bipartisan support. At the time the bill became law, more than 150,000 AIDS cases had been reported in the United States, and more than 100,000 of those people had died.

The law created what is known as the Ryan White HIV/AIDS Program. Funded at $2.32 billion in fiscal year 2015, the program works with cities, states, and local community-based organizations like Apicha Community Health Center to support a coordinated and comprehensive system of care and treatment.

More than 1.2 million people in the U.S. are living with HIV. The program serves more than 500,000 of those who do not have sufficient health care coverage or financial resources to manage the disease.

Over the last 25 years, the program has made great strides moving clients along the HIV care continuum, with 81 percent of program clients retained in care and more than 78 percent of those who are retained in care being virally suppressed (i.e., they have very low levels of HIV in their body).

Interested in talking to a provider about HIV prevention? Request an appointment

What the 25th Anniversary Means for the LGBT Community

The U.S. Department of Health & Human Services (HHS) provided this press release in celebration of the 25th anniversary, noting how important this program has been for the nation as a whole:

“Over the last quarter century, the Ryan White HIV/AIDS Program has contributed to remarkable progress for people living with HIV/AIDS,” said Health and Human Services Secretary Sylvia M Burwell. “What was once a deadly disease, HIV/AIDS is now a manageable chronic condition because of access to high quality health care and appropriate treatment. Although we have more work to do, particularly in reaching the populations most at risk and disproportionately affected by HIV, we are committed to realizing the President’s vision of an AIDS-free generation.”

President Obama has made treating and preventing HIV/AIDS an important part of his time in office, and is a known activist of many programs that will help America get treatment or prevention to all citizens.

He released this letter in response to the celebration of the 25th anniversary of the Ryan White CARE Act, which includes asking the American people to continue to dedicate their efforts to supporting those who have been diagnosed with HIV/AIDS and their families.

This focus and support by leaders of such a nation as the United States only confirms the importance of programs like the Ryan White CARE Act.

This is an especially important point to note as those who are most likely to be afflicted by AIDS is lower to mid-income individuals.

An even more important fact to note is that the LGBT community accounts for 78% of the HIV/AIDS inflicted individuals in the U.S. (U.S. STATISTICS, AIDS.gov).

Therefore, the Ryan White CARE Act, and programs like it, are essential to aiding in ending the HIV/AIDS issue in the United States. Health care coverage for those who currently or are at risk to catching the virus becomes the most important support measure that can be given.

Apicha is honored to be one of the providers that supports the Ryan White CARE Act. Among the many services we offer is HIV Testing and the new HIV prevention method PrEP, which you can learn more about here.

Other events that will continue the celebration of this milestone include an event at the White House on September 9, 2015, and a special Ryan White HIV/AIDS Program track at the United States Conference on AIDS from September 10-13, 2015.

Let this celebration of 25 years of health care serve as a reminder to you of how important it is to take preventative measures like frequent HIV testing and talking to a provider about PrEP. If you don't have a provider or are not comfortable talking to your current provider, please consider Apicha for your next checkup.